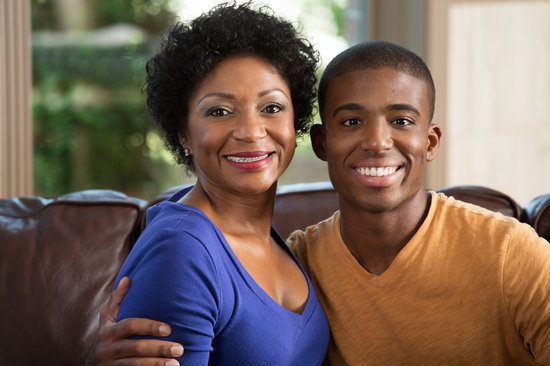 The society today has seen and continues to see a lot of men being called out for misconducts such as abuse, harassment, domestic violence, rape, cheating, murder, etc. most of these misconducts are directed towards women and all which stemmed from their upbringing. Raising a son as a mother can be challenging especially in a society with gender norms, so what exactly should you do to avoid instilling toxic masculinity in him? Teach him about women! A lot of men grow up with a lot of misconceptions about women which has led to unhealthy and toxic relationships and it has been recurring over time and who better to teach a son about women if not the mother?

We have compiled a list of things to help teach your son about women.

Teach him to Respect Women

Tell him that women are just as human as he is, they deserve his respect as much he commands his. Like every human, women have a mind of their own, likes and dislikes and most importantly, he shouldn’t look down on them.

Teach him that the foundation on which successful relationships are built is respect for the other party.

Teach him to Accept Women as they are

Every human being has different individualistic traits, no one is the same as the other, teach him to accept that and try not to impose an ideal on a woman or try to change her because at the end she would only pretend and also most importantly, do not compare one woman to another.

Teach him the Value of Consent

In a society constantly encroaching on the rights of women, women value consent the most, it is their most basic human right, their right to yes and no, their right to give out permission, their right of agreement. Teach him to not be forceful and respect their wishes, every woman has a right to say yes or no, whether during intercourse or trying to court her. Tell him that it is their right as much as it is everyone’s right to breathe air.

Teach him about Intimacy

Tell him that women have as much right as him to pleasure and be pleasured so he should be less self-centered and more intuitive to his partner’s needs as much as she is to his. Tell him not to be distant after sex but to express his feelings frequently and cuddle more. Teach him to value his partner and never to make the mistake of cheating. The greatest sin he could commit against a lover is cheating on them so teach him the consequences of cheating and its effects on intimacy.

Teach him not to View a Woman as a Sexual Object

One of the major toxic traits recurring in our society for decades is that men always tend to view women as sexual objects to be obtained for their sexual gratification which results in women being continuously objectified in society. Teach him that a woman is more than just her physical appearance and her body need not to be sexualized except where there is consent.

Tell him not to resort to violence when angry, teach him to control his anger and make him understand there’s a natural difference in the strength of both genders. He should also be taught the consequences of his actions and the psychological impact of violence on women.

Tell him that women always exaggerate when angry and never act on whatever they say especially when provoked, teach him how to walk away from abusive situations that might push him to violence.

Teach him to Appreciate all Women

Tell him that all women are beautiful, in any shape, size or skin color, and teach him not to be idealistic and create fantasies of what a beautiful woman should look like. Teach him to appreciate an intelligent woman instead of hating on her or feel insecure by her. He should be able to appreciate a woman who happens to be stronger than him instead of criticizing her or bullying her for not conforming to a certain ideal,

Teach him how to do Domestic Chores

Tell him that a woman doing his domestic chores is not his entitlement but a privilege and he should always show appreciation and say thank you once in a while. Let him learn how to do his chores because it’s his responsibility and that way he would value it when someone else does it for him. Make him participate in general house chores too, so that he can learn to be selfless as part of his responsibility to other people around him. This way, he would be used to it and not shy away from chores when he is married.

Teach him to be able to Confide in Women

A lot of men tend to use the excuse that women are too emotional and weak-hearted and tend to deprive them of their right to make their own decisions or be part of the process of decision making, this occurs both in a relationship/marriage and in the workplace.

Teach him no to make such a mistake, tell him that women, by nature, have a nurturing and empathic spirit and he should always feel comfortable with them and confide in them as much as possible. He shouldn’t feel the need to do everything and decide everything in his relationship but always carry his partner along and involve her as much as possible.

Teach him not to Underestimate a Woman

Tell him that in no circumstances should he underestimate a woman because a woman is just as capable of amazing feats as a man, so teach him not to view all women as weak, fragile and incapable of making sound decisions in a relationship.

Bottom-line, he should love and cherish the woman he eventually chooses to be his partner.