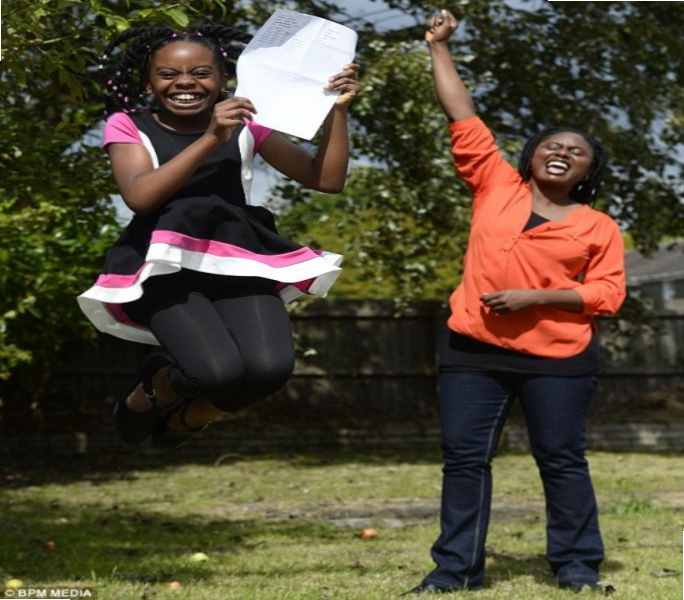 An intelligent 10-year-old British-Nigerian girl Esther Okade is making news headlines around the world, as she has enrolled in an Open University to study Maths.

Okade, who is home-schooled by her mathematician mother, Omonefe, was accepted into the university after passing her A-levels, Daily Mail reports.

Her six-year-old brother, Isiah, is also home-schooled and is presently studying for his A-levels.

As stated by Omonofe, since the age of 7, it really has been her daughter’s dream to attend university.

“But I was afraid it was too soon. She would say, ‘Mum, when am I starting?’ and go on and on and on. Finally, after three years she told me, “Mum, I think it is about time I started university now,’”Omonefe said.

She applied to the Open University last August – and after a phone interview, an essay and an exam, she was told in December that she had been accepted onto the course.

Omonefe subsequently applied to the Open University in August 2014 – and after a phone interview, an essay and an exam, she was told in December that she had been accepted to study Maths at the institution. She will study for her degree at home.

Speaking on her achievements, Okade’s 42-year-old father, Paul said “I cannot tell you how happy and proud I am as a father. The desire of every parent is to see their children exceed them, and take the family name to great heights, and my children have done just that.”

Okade has dreams of obtaining a PhD, running her own bank, and becoming a millionaire.