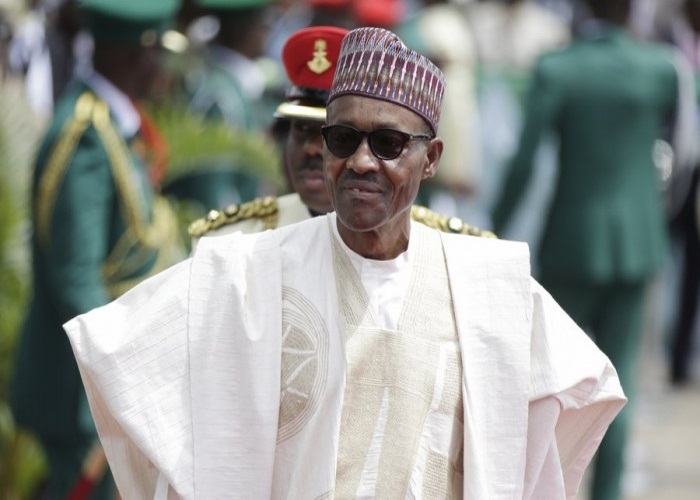 Yesterday, September 5, 2015 is an unusually momentous day in Nigeria. Its build-up lasted for several weeks, while its anticipation stretches back as far as May. It’s neither a national holiday (it’s a Saturday) nor a day of religious importance.

Rather, it’s a day when several state governors in the country mark their 100th day in office. More importantly though, it’s also the day that the President of the Federal Republic of Nigeria, Muhammadu Buhari, clocks 100 days in office.

All over the world, the anniversary of the first 100 days of any administration is treated with much importance. It’s a day of stocktaking; a day that affords the leaders and the led an opportunity to measure the performance of their government.

“The First 100 Days in Office” was coined by former US president Franklin D. Roosevelt in a July 24, 1933 radio address to his countrymen and it has since gained global currency. Over here in Nigeria, it’s been consistently marked since the country’s return to civilian leadership in 1999. The administrations of Presidents Olusegun Obasanjo, Umaru Musa Yar’Adua and Goodluck Ebele Jonathan were all assessed during this milestone. Today, it’s time for President Buhari’s administration to be assessed.

The verdict, it seems, had already been passed several days before the actual 100thday in office. Throughout last week, hashtags by disappointed Nigerians, such as #100WastedDays and #100FailedPromises, trended on microblogging site Twitter and they are likely to reappear today. Predictably, diehard supporters of President Buhari will not take it lying down, they are expected to counterattack with their own panegyric hashtags.

I’m neither a diehard supporter of the president nor a sworn enemy; I like to be objective. My dispassionate personal assessment of PMB’s first 100 days in office shows that he has not performed as badly as we’ve been made to believe. Bearing in mind the country we are in, he’s not expected to perform wonders within 100 days. Not even a Harry Potter, a Merlin or a Gandalf can turn around in 100 days a country that has been enmeshed in a deep mess since the 1960s.

– Renewed Vigour in the War against Boko Haram

One of the key achievements of the Muhammadu Buhari administration thus far is the overhaul of the dysfunctional topmost hierarchy of the Nigerian military. Since May 29, new service chiefs have been brought in, the military command centre has been moved to the heart of the war in Maiduguri and the troops’ morale and confidence are on an upswing. Furthermore, the United States government has finally agreed to commit their resources to the fight against the insurgents after previously backing out of negotiations with the previous Nigerian government, citing alleged human rights abuses by the Nigerian military. The Israeli government has also indicated their interest in helping Nigeria win the war,if the words of Speaker Yakubu Dogara are anything to go by.

– Waging a “Non-Negotiable” War against Corruption

On August 30, President Muhammadu Buhari, through his Senior Special Assistant on Media and Publicity, Garba Shehu, described the war his administration is currently waging on corruption in the country as “non-negotiable.” In his words: “It is sine qua non to the overall reconstruction of the economy and social system which have suffered destruction and severe denigration under the last administration.” Be that as it may, the present government must learn to go about its probe of the immediate-past Goodluck Ebele Jonathan administration with more hush and decorum, so that it looks less like a persecution and more like an actual prosecution.

– Appreciable Improvement in Power Supply in Various Parts of the Country

Though some parts of the country are yet to witness it, there’s been a marked upswing in power supply in many parts of the federation since May 29. According to the Transmission Company of Nigeria (TCN), power generation in the country reached an all-time high of 4,810.7MW on August 25, 2015. This represents a major departure from what was obtainable in the past, when it usually hovered around 2,000MW and sometimes dipped below that. However, it should be noted that the power supply is still far from stable and hardly is 4.8 thousand megawatts enough for a country of over 175 million people.

– Cleanup of the Messy NNPC

As the “juiciest” fragment of the national economy, the Nigerian National Petroleum Corporation (NNPC) has, for decades, been the nexus of unchecked, gargantuan corruption. Administration after administration either abated the wild corruption going on in this organization or simply failed to properly keep it in check. This, it seems, will no longer be the case as concerted efforts are now being made to declutter the cesspit.

– Mending of Nigeria’s Fractured Relationship with the World Powers

Nigeria’s relationship with the global powers, especially the West, sank to its post-1990s nadir prior to the inauguration of Muhammadu Buhari as the country’s president. The assent of ex-president Goodluck Ebele Jonathan to the anti-gay marriage bill that was passed by the National Assembly, the confusion surrounding the abduction of the Chibok Schoolgirls and the government’s slow response to it, alleged human rights abuses perpetuated by the Nigerian military, mounting allegations of unbridled widespread corruption as well as some economic and political disagreements with the West behind the scenes all conspired to make Nigeria very unpopular in the international community. At some point, Nigerians were being treated with disdain and subjected to inhuman treatments in foreign lands as a consequence. But, so far under President Buhari, things are discernibly beginning to look up.

Following in the footsteps of his predecessor, Goodluck Ebele Jonathan, President Muhammadu Buhari has made regional integration within the West African subregion one of the priorities of his administration. This policy direction is not only economically vital, but it will also be critical if the war against insurgency is to be won.

– Returning Discipline to the Polity

Due to the president’s no-nonsense personality as against his predecessor’s more laissez-faire disposition, some level of discipline has been restored to various sectors of the country, especially the public sector. A laissez-faire approach may work in more civilized countries, but in an unruly country such as ours, an uncompromising approach is the only thing that can bring us back to sanity.

– Reducing the Size and Cost of Governance

When – and if – implemented, President Muhammadu Buhari’s vow to significantly cut down the number of ministries, agencies and departments (MDAs) in the country by merging the duplicates and jettisoning the non-performers will inadvertently save Nigeria monies to the tune of hundreds of billions of naira that are needlessly spilled from the national treasury into their maintenance. The successful blockage of these leakages does not only make economic sense, but it will also be a giant leap in the fight against corruption.