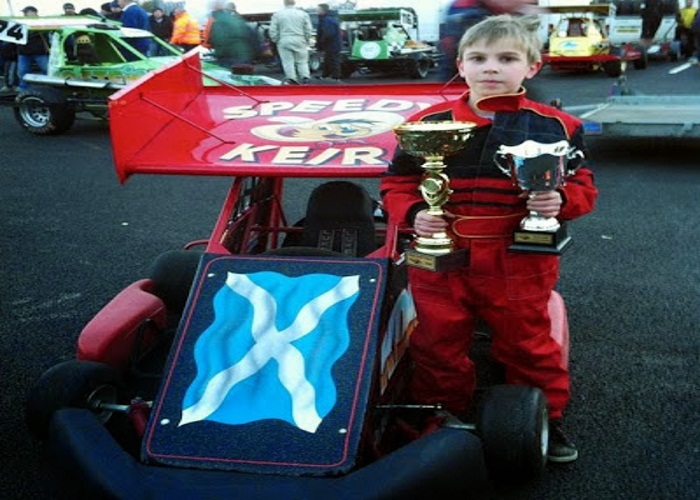 An 11-year-old world champion race car driver has died in hospital after a stock car accident at the weekend.

Keir Millar, from Lockerbie, was injured in a race at Lochgelly Raceway in Fife on Saturday. He was taken to hospital in Edinburgh and his family said tonight that he had since died. In a statement issued through NHS Lothian they asked for space and time to grieve. They said:

“Due to the injuries sustained in an accident at the weekend Keir has sadly passed away. We, as a family, request space and time to grieve in private.”

Keir took part in the Ministox racing series and last year won the Ninja Kart Championship in England. There are now ongoing investigations into the accident.May his gentle soul rest in peace..