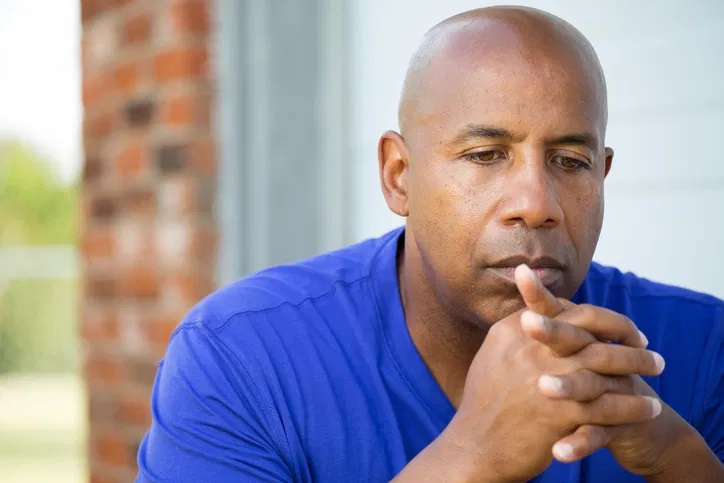 I might have gotten myself into some really serious problem and its about to blow up in my face. Around 13 years ago,me and my wife were quarrelling a great deal and having a lot of disagreements that resulted in a small breakup during our first year of marriage, within that short period of time,I made a horrible error in judgement that I thought I had put behind me permanently.

During that separation,I started a brief affair with one of her close friends. It lead to pregnancy. I persuaded the lady to remove it which she did after several pleading. One thing she mentioned back then was that she was scared of abortion,she’d not done it before. I assured her it’s going to be ok.

She told me that if anything goes wrong with it,I will be held accountable. I was silly and desperate during those times. Me and my wife reconciled soon after. The other lady friend of hers faded away,life was good. I am happily married with 4 kids now.

ALSO READ: Disagreement with husband about breastfeeding and co- sleeping….am I being unreasonable?

Two years ago. This lady appeared out of the blues and start chatting me. That she is unhappy. That she regrets every aborting for me a long time ago. I disregarded her. She carried on all through the year until finally last year when I blocked her. The next thing she start to sending anonymous text messages to my wife,in the message,she says things:like you will never ever be happy as long as I am sad…

I pretended not to know who she was when my wife showed me the message. I told her to ignore it. My wife,a prayer warrior,prayed and cursed her. The next thing,she slides into my DM asking me to see her before she comes to expose our hidden secret to my wife. I told her to go ahead,…she has no proof.

Next thing she goes…”so you really think I had an abortion…you fool…!”..For the very first time,I came to the realization my mistake 12 years back. Am like why did I not go along with her for the abortion? I only gave her money for it…what if she didn’t have the abortion? I am so terrified right now.

Then I inquired from her what she wants,she said I should come see her and gave me an address. Initially i didn’t want to go however I needed to see her for myself to be sure she was telling the truth. I went to see her two weeks ago.. I got to meet her in an hotel room where she was dressed up in a skimpy gown.

I told her if her strategy was to get me to sleep with her a second time…then she’s wrong. She said she is unhappy. She was married but she could not give birth. That She thinks its mainly because she had a child with me that she did not acknowledge…that God is punishing her for that.

She lied, she had the baby and then gave the baby away. I was like…so what do you want from me. She said…my sperm. That was when I realized I was dealing with a crazy individual. She needs me to sleep with her or give her my sperm for an IVF so she can become pregnant.

She said she helped me to save my marriage years ago and now she needs me to help save hers or she will destroy mine. I am lost for words…how do I even get out of this? How do I persuade her out of this crazy idea? An idea that will most definitely blow up in my face?

And to think that I have a child with someone in this world…I am definitely done for…I need some serious advise. I told her I was not going to father another child with her and she swears to let my wife know and that she will find the child she had for me and bring her to me.

I have pleaded with her to forgive me, i told her she can ask for any other thing but this. She is adamant…what the hell am I supposed to do now?

Comments to 13 Years Ago I Made A Serious Mistake-Now She Wants My Help!