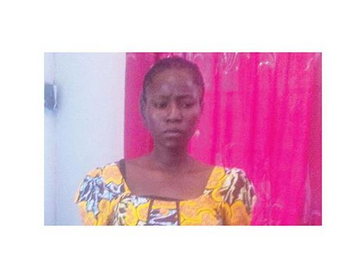 A 19-year-old mother identified as Munirat Bagana, from Zuru Local Government Area of Kebbi State, was on Monday arrested by the police in Sokoto for allegedly killing her newborn baby boy.

The accused, who is a student of Sokoto State School of Health Technology, Gwadabawa, was said to have suffocated the baby to death and later dumped his remain in a dustbin.

Upon interrogation, Munirat denied killing the baby, with claims she had a stillbirth and the dead baby was premature.

The Sokoto State police command PPRO, ASP Cordelia Nwawe, who paraded the suspect before newsmen, said she would soon be charged after investigation is concluded.