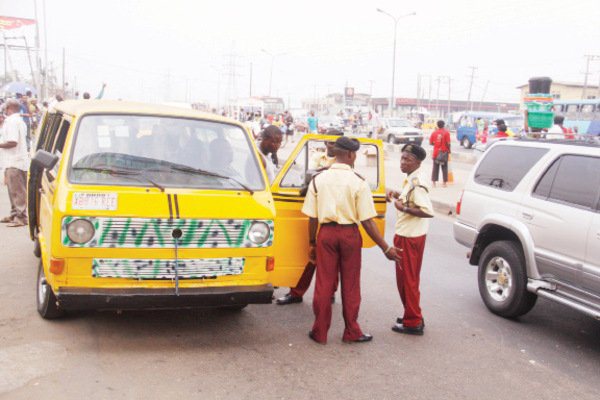 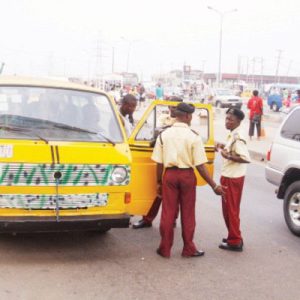 The man, Benjamin Archibong, according to reports, obstructed the LASTMA official, Olumide Omomoyesan, who was enforcing traffic rules in the Ajah area.

Archibong, has been arraigned before an Ikeja Magistrate’s Court sitting in Ogba.

On how the entire issue started, reports have it that Omomoyesan and his colleagues had impounded a commercial bus with number plate, FKJ 688 XV, whose driver reportedly picked up passengers at an unauthorized place, when the suspect pounced on the official, inflicting an injury in his nose.

The spokesperson for the task force, Taofiq Adebayo, confirmed the arrest on Sunday, adding that the suspect has been charged with assault and conduct likely to cause breach of the peace.

“The suspect was arrested on January 31 and charged with assault, obstruction and conduct likely to cause breach of the peace before Magistrate Adepeju Odusanya of Court 15, Samuel Ilori Magistrate’s Courts, Ogba, Lagos

“The prosecutor, Adedoyin Odukoya, disclosed that the suspect, Benjamin Archibong, from Akwa Ibom State, pleaded not guilty and was granted bail of N100,000 with two sureties in like sum. The matter was adjourned till February 28, 2017, for further hearing.

“The Chairman of the task force, SP Olayinka Egbeyemi, said the suspect was charged to court based on the directive of the Commissioner of Police, Fatai Owoseni.”

Also, the task force has commenced enforcement of the directive of Governor Akinwunmi Ambode to arrest any local government and local council development area officials or touts who try to enforce the Lagos State Road Traffic Law, 2012.

Ambode had stated that traffic laws in Lagos, will henceforth be enforced by the task force, the Rapid Response Squad, the Nigeria Police and LASTMA.

“Egbeyemi warned that any council official or tout caught flouting the directive of the governor would be arrested and charge to court.

“He also enjoined the public to immediately report any tout violating the order to the task force office in Bolade, Oshodi,” Adebayo added.