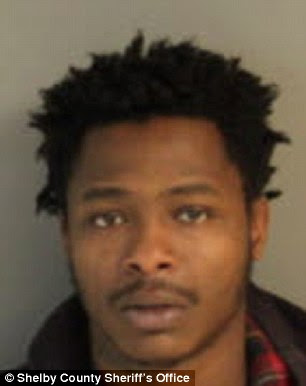 An 11-year-old Memphis girl was allegedly assaulted by a 20-year-old black man, Larry Ward, in Memphis, Tennessee, US. According to reports, the girl was walking to the bus stop on her way to middle school around 7am on Monday when she was suddenly hit by an SUV, abducted and raped by the driver before being left in a ditch… 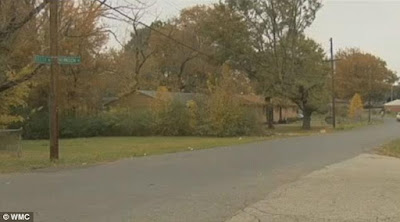 She told police that the driver got out of the car and forced her inside, drove off and brutally raped her. A man who saw her crying in a corner of the road minutes after the attack, said: ‘Her face. Something just struck fear in her definitely.’ When he asked her what happened, the first thing she said was: ‘I got raped’. ‘She was like, I was hit by a truck, a blue truck, and the guy proceeded to rape me.’

The girl was taken to a nearby hospital and her mother later confirmed that she was battered and bruised. The Memphis Police Department made the case a ‘top priority’, searching hours for the alleged rapist. He was finally arrested after authorities located a Santa Fe Hyundai that matched the girl’s description of the SUV just two miles from the attack. His physical appearance, as well as his clothes, also matched the child’s description.

News of the attack spread through the community, breaking neighbors’ hearts but also striking fear in their heart. . Parents in the community have also been encouraged to make sure their children walk with a friend or large group rather than alone.

Larry Ward has been charged with aggravated kidnapping, rape of a child and aggravated assault.