2015 elections: I Hope Patience will not Divorce Me – Jonathan 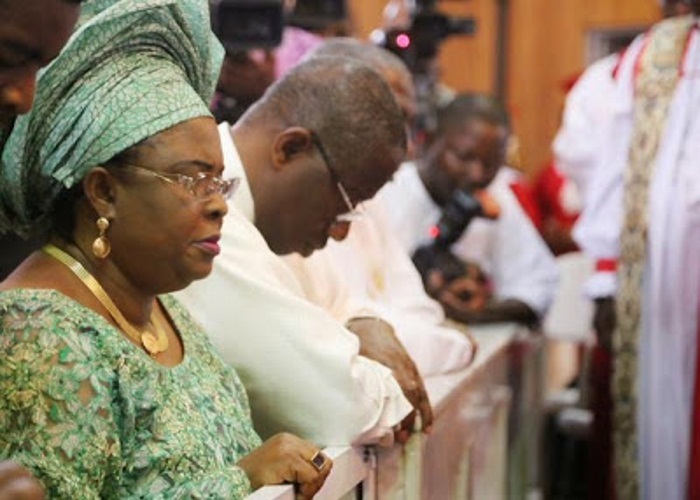 According to Vanguard, President Goodluck Jonathan on Sunday,  expressed fears that his wife might divorce him because of his decision to allow the just concluded election go on to its logical conclusion without  interference.

Still speaking at the thanksgiving and farewell service in his honour at the Cathedral Church of the Advent Life-Camp, Gwarinpa,  Abuja, He cited the case of the former South African Apartheid leader,  F.W de Klerk whose wife divorced him for ending minority rule in South Africa.

“I believe there are reasons for everything. Some hard decisions have their own cost. Some people come to me and say this or that person, is he not your friend? Is it not your government that this person benefited from? But this is what the person is saying.

But I used to say,  worse statements will come. If you take certain decisions, you should
know that those close to you will even abandon you at some point. And I tell them that more of my so-called friends will disappear.

When F.W de Klerk took the decision to abolish minority rule in RSA, even his wife divorced him. I hope my wife will not divorce me. But that is the only decision that has made RSA to still remain a global player. If we still had minority rule there, by this time, nobody will be talking about RSA.

If you take certain decisions, it might be good for the generality of the people but it might affect people differently. So for ministers and aides who served with me, I sympathize with them, they will be persecuted. And they must be ready for that persecution” he said.

Comments to 2015 elections: I Hope Patience will not Divorce Me – Jonathan