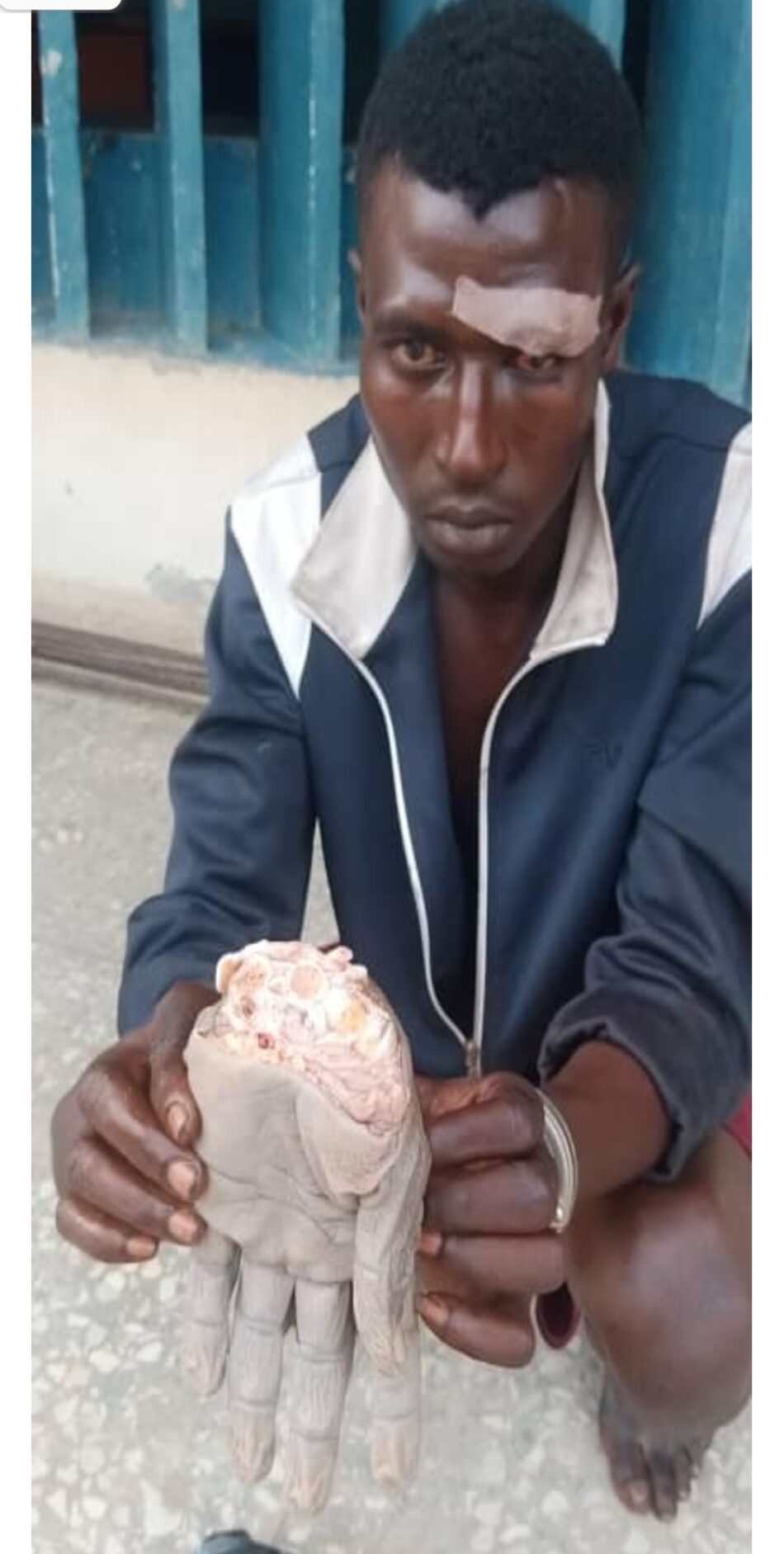 The Nasarawa State Police command has arrested one Usman Danladi, 21, for allegedly chopping off the wrist of a 25-year-old man, Jibrin Abdullahi, in Karu Local Government Area of the state.

The suspect was arrested for attempted culpable homicide. According to the PPRO, the suspect who confessed to the crime claimed that the victim had assaulted his girlfriend named Aisha before a fight ensued between them.

“On September 16, 2022 at about 1600hrs, information was received that one Jibrin Abdullahi ‘M’ 25yrs of Kaduna State but a resident of Tudun Wada Area, Auta Balefi of Karu LGA, Nasarawa State was attacked and his wrist, chopped off,” the statement read.

“Upon interrogation, the suspect confessed to the commission of the crime but claimed, the victim earlier assaulted his girlfriend (Aisha) and when he confronted him, a fight ensued; in the process, he attacked the victim with a machete.