A 21-year-old man has undergone the world’s first successful penis transplant. The ‘ground-breaking’ operation took South African surgeons nine hours to perform, and allowed the patient to urinate normally and become sexually active again.
Three years ago the man, who remains unidentified, was forced to have his penis amputated after a botched circumcision. The operation was carried out by surgeons from Stellenbosch University and Tygerberg Hospital in Cape Town, South Africa, using a penis donated from a deceased person. 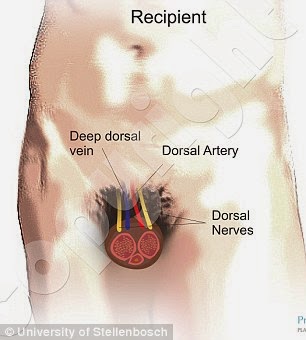 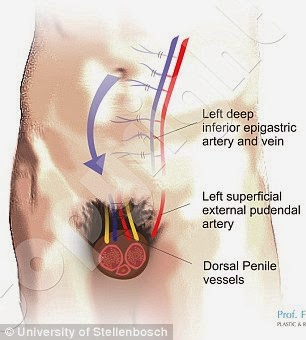 They said the procedure allowed the man to regain all function in the newly transplanted organ. Nine more patients will now receive penile transplants.
Professor André van der Merwe, head of the University’s Division of Urology, said they were surprised by the patient’s rapid recovery.
He said: ‘Our goal was that he would be fully functional at two years and we are very surprised by his rapid recovery. 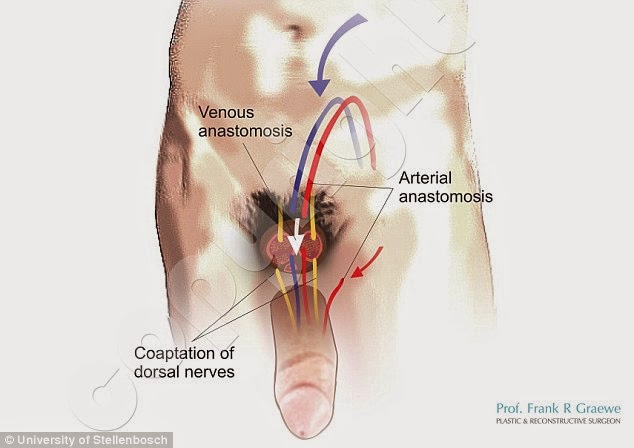 Professor Frank Graewe, another of the hospital’s surgeons who assisted on the operation, said: ‘It’s a massive breakthrough. We’ve proved that it can be done – we can give someone an organ that is just as good as the one that he had.’
‘It was a privilege to be part of this first successful penis transplant in the world.’
Professor van der Merwe said having a penis amputated is known to have a seriously adverse psychological effect on men.
‘This is a very serious situation,’ he said.
‘For a young man of 18 or 19 years the loss of his penis can be deeply traumatic.
Culled from UK Daily Mail