3 Men Who Trekked In Honour Of Atiku Stranded In Yola, Say They Have No Money To Go Back Home 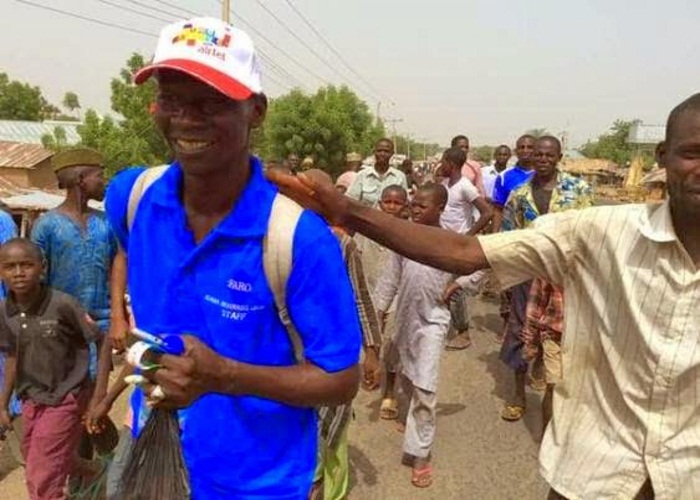 First question i have for this trekkers is that,Don’t they have Job or Family??? Three men, Salihu Jibrin, Aliyu Adamu and Abubakar Suleiman who trekked to Yola, Adamawa state capital in honor of ex Vice President, Atiku Abubakar say they are now stranded without money or place to stay as they have not been able to see their ‘hero’ since arriving Yola. One of the men, Salihu Jibrin who trekked for 38 days from Lagos to Yola says he is currently stranded without money to go back home.

“I trekked for 38 days all the way from Lagos to Yola to see Atiku in view of his role over APC victory in the general election, but up to now I was unable to see him. I am now stranded with no money to go back; at times, I sleep in motor park or squat with good Samaritans.” he said

Aliyu Adamu, who rode on a bicycle for eight days from Kaduna to Yola, said;

“I want to thank the secretary, Nigeria Union of Journalists (NUJ), Adamawa Council, Mr. Baba Zare, who has been assisting me since arrival to cope with the difficult situation I found myself in. But I want to meet Atiku before finding my way back to Kaduna.”

Suleiman, who trekked from Shelleng town, Adamawa, to Yola, the state capital to see his hero, said he has has resorted to squatting with relatives in the town.