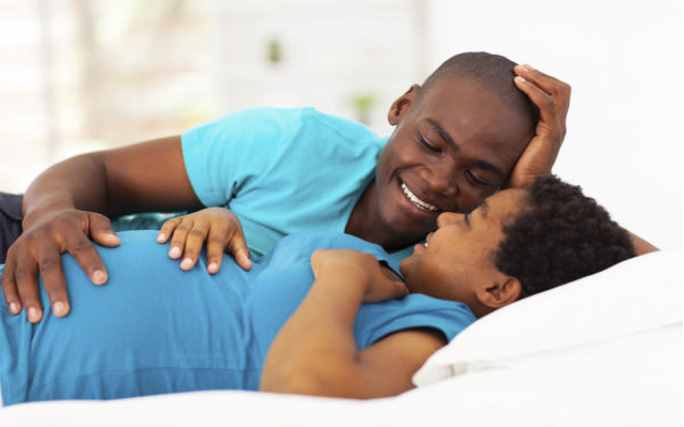 Once you have gone through your pregnancy and are in the third trimester you begin thinking about what labor will be like for you. Some opt not to think about it because it may scare them to bits. To each his own. You may however start thinking about it if you are overdue and everything is going on as usual in your tummy. The last thing you would want is any complication at the finish line.

Some women choose to wait and let nature take its course while others get too nervous or agitated about it and want to move it along. They cannot be blamed though because carrying a growing being for nine months continuously is no joke. During the third trimester fatigue becomes a normal part of your life and wanting to get relieved of this load is understandable.

Many theories have been floated about helping the baby along and inducing labor using natural and harmless measures that will not even require a doctor. Some say that taking a little castor oil helped them kick start their labor while others tried to ‘shake their baby loose’ by jogging up and down a flight of stairs. Some say that pineapples work like magic! The catch is that you will have to eat seven large fresh pineapples for any effect to be felt in the uterus.

Some women say that since sex was the beginning of this whole journey (if the baby was conceived traditionally) why shouldn’t it have an effect on the ending as well? Some have actually tried it and they can swear that that last night of passion is what set the ball rolling. There are several reasons why this theory could work.

Semen has some amount of prostaglandin which is a hormone-like substance in the body that encourages uterine contractions. This hormone also softens the cervix and this makes it possible for labor to begin.

The female orgasm causes other side effects. The most notable one is uterine contractions and these may trigger labor.

Breasts are a part of many couples’ sexual routine because they are arousal points for women. They are more often than not included during sex so they are bound to get stimulated. Scientists have found that stimulated breasts may cause labor to come sooner.

A combination of these three factors could be what causes hastened labor after sex. This however works if the uterus is ready to release the baby and the cervix is almost ripe. Science has however not found any concrete relationship between these factors and labor.

A study was conducted on a number of pregnant women. Some were told that sex would hasten their labor if they had it close to their delivery date while the other group was told that there would be no effect.

Those that were told about sex being helpful had much more sex towards the end of their pregnancy while the second group did not bother with sex as such. When it was time for labor, the difference in when it occurred was very small in these two groups. The study did not look at the amount of sex that these women were having so that they can compare it to the length of time it took them to go into labor.

The results were therefore inconclusive but that does not mean that you should not have sex towards the end of your pregnancy. As long as there are no warnings from the doctor enjoy it while you still can since the arrival of the baby will be a different cup of tea altogether.