3 THINGS TO NEVER SAY TO SOMEONE BATTLING MENTAL ILLNESS 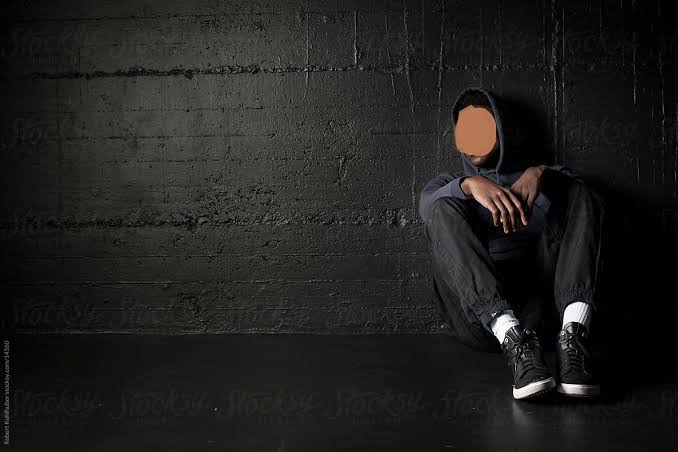 BATTLING MENTAL ILLNESS.It is really difficult to know the right thing to say to someone that is battling mental illness. Mental illness is actually a lot more prevalent than you think and chances are that you might have even experienced a bout of mental illness.

Did you know that at least 1 in every 5 adults experiences mental illness every year? At least in the US. In fact, 1 on every 25 adults actually battle very serious mental illness that limits their activities in life and it is the same in Nigeria.

Despite how prevalent mental illness is, those suffering from it are usually very self-conscious about it and they fear that people would look at them as if they aren’t normal. They find it difficult to open up about their mental health, sometimes to avoid being asked questions that feel like they make things more difficult.

It is this self-consciousness that often leads them to feeling so stigmatized that they don’t try to seek help.

That reluctance to seek help is now amplified when someone else whether intentionally or unintentionally says something that projects mental illness as something tiresome or shameful rather than a condition that many people experience.

Here are 3 things you should never say to someone battling mental illness.

When someone is battling mental illness, there will always be that one friend or acquaintance or family member that will say something like, “don’t be insane!” or “you are so unhinged.”

These phrases might have been said thoughtlessly with no intention of causing any pain, but the effect is like pouring acid on a wound to someone who already feels ‘less’ because of an illness that is looked at without the understanding or respect that people would give someone with a physical illness.

Saying such words like “stop acting so crazy” devalues the extremely real torment a person battling mental illness is facing. By eliminating such biased words, you are helping to reduce, if only a little, the stigmatizing impact of such words.

Just showing empathy and wanting to lend a listening ear instead of taunting or lecturing the person is a calming influence that will help.

DON’T WORRY ABOUT IT, IT’S ALL IN YOUR HEAD

Imagine telling someone with a cast on their leg, “Hey, you don’t need a cast, put your foot down!” So stupid and insensitive, right? That’s exactly how it feels when you tell someone battling mental illness, “Just don’t worry about it,” or “calm down, don’t sweat the small stuff.” Telling such people that they are making mountains out of molehills would only result in trivializing their feelings and can make them feel as if they are the ones making a choice regarding those difficult emotions. Telling a person that the torment that they are feeling is nothing to worry about or it is all in their head completely diminishes the fact that their depression is a serious health condition and lowers it to something they can just fix by changing the way they think.

But here’s the thing, it is not in their heads. It is a real feeling that they cannot be rid of just like that, and chances are that they are suffering and going through a hard time. It is completely demeaning of you to tell them it’s nothing to worry about or that it isn’t real. It’s like you making a fool of their feelings.

A woman suffering from mental illness once said, “It is better to walk away from an anxious person than it is to tell them they need to calm down—we know we need to calm down, and hearing you say it only adds guilt and failure to the pile of emotions that was already overwhelming us.”

THINGS WILL BE BETTER TOMORROW, JUST PRAY ABOUT IT

It is very easy to say things like, “cheer up, tomorrow is another day,” to someone struggling with mental illness. You say it in a heartfelt manner because you are trying to be helpful. However, to the person suffering from a major depressive illness, to whom every single day is a harrowing nightmare, it feels like a slap to the face. Also, it makes the person saying it seem like you don’t have any desire to understand or relate to what their mental illness really feels like.

Also, being able to center themselves with the feeling of prayer and support can be very helpful to people. However, telling someone to just pray about the condition tends to result in them ignoring psychological and medical treatments and often makes them feel like they are not being healed because they don’t have enough faith. This then adds more salt to injury.

So you shouldn’t tell them it’ll get better in the morning if they pray and you shouldn’t let such people feel as if their lack of enough faith is what is preventing their health from getting better. Instead, join them in prayer, encourage them to take the right treatments and show that you truly care for them.

Again, instead of offering unhelpful or unwanted advice, validate their feelings no matter how exaggerated it might seem. Say something like, “that must be really tough, I’m here to listen,” and mean it.

It can be very difficult to talk with someone battling mental illness, not because of the things they are experiencing, but because its often difficult to find the right kinds of words that help and it is easy to feel like you aren’t doing or saying enough to be of help. The statements listed above are rarely made out of spite, they are often made out of clichés that people fall back on when they are struggling to find the right words to answer such sufferers.

Try to avoid saying things like these and work hard to be present and let your coworker, friend or family know that you are genuinely listening to them and not judging them and their feelings.