3 Women Who Filmed Themselves Raping A Footballer Have Been Jailed 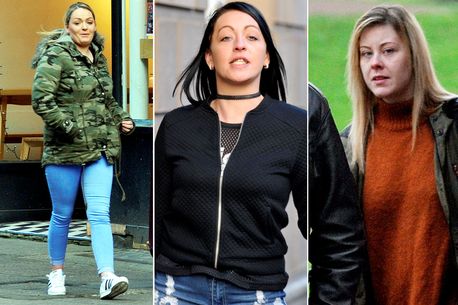 Three women, who recorded themselves sexually assaulting a terrified man with vegetables and scissors have been jailed.

The women, Brogan Gillard, 26 and Paige Cunningham, 22, are now imprisoned after dancing around their naked victim, chopping vegetables over him and cutting his hair with scissors.

According to the Sun, their victim, who for legal reasons can not be named was found  by his mother on his doorstep, at 5.30am, wearing only shreds of his trouser  and had with him clumps of his cut off hair. The victim, who now suffers from PTSD, is said to have cut off all his hair to cover the patches made by one of the women.

Brogan was sentenced to 31 months behind bars, Cunningham to 10 months and Jones will be sentenced at a later date