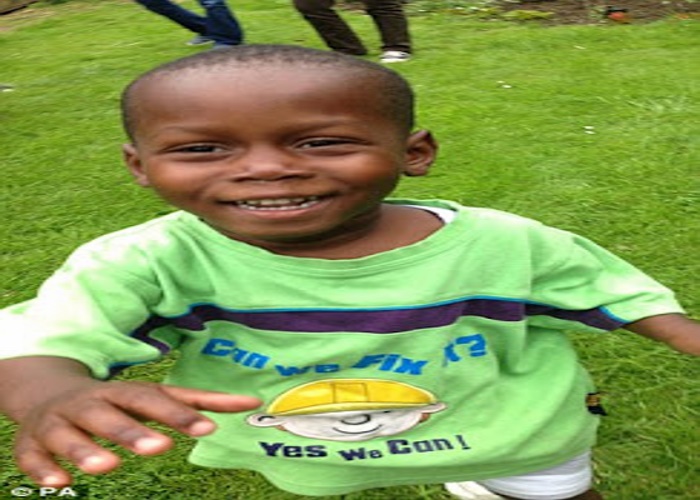 A three-year-old boy will get life-saving surgery thanks to a chance meeting with an English doctor.

Ethan Suglo, from Ghana, has a condition called Exomphalos which means his organs are outside his abdomen.

Last summer, Dr. David Williams was in Ghana visiting his daughter who was teaching English and working on a radio show when he met Ethan’s father Charles, who also worked at the radio station.

Dr Williams was asked to examine Ethan and within a year he and his wife Jacquie helped to raise around £51,000 to fly the toddler to the UK for surgery.

Ethan is set to have what Dr Williams has described as ‘life-saving and life-transforming’ surgery on Wednesday.

Looking back on the day he met Ethan in July 2015, Dr Williams told the Press Association: 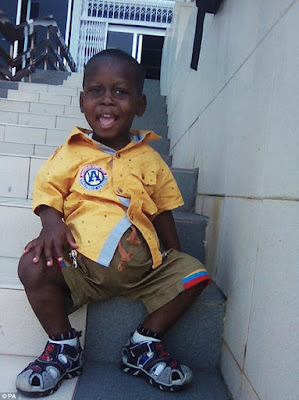 ‘I was asked when I went out, because I’m a doctor, just to have a look at Ethan. So I went thinking I’d see a little African boy with a swollen tummy… malnutrition and worms, and when I got there I was just shocked by what I saw.

I wasn’t sure at that time what would be involved, but I did look Charles in the eye and said I’d do what I could to help.’

He said he thought he would contact Ghanaian or Nigerian surgeons and the surgery could be carried out locally, but it quickly became apparent that Ghana did not have the facilities or expertise.

Dr Williams, from Stretton-on-Fosse on the Warwickshire-Gloucestershire border, contacted professors and surgeons in England and a paediatric surgeon at the John Radcliffe Hospital said he could do the operation.

He was told that £25,000 would need to be raised, so in March a fundraising campaign was launched to cover the cost of the operation, flights and additional costs.

Dr Williams said that he has been told the total currently sits at around £51,000 thanks to events such as cake sales and half marathons, as well as help from charity Willing and Abel.

The extra money will help other children, he said. 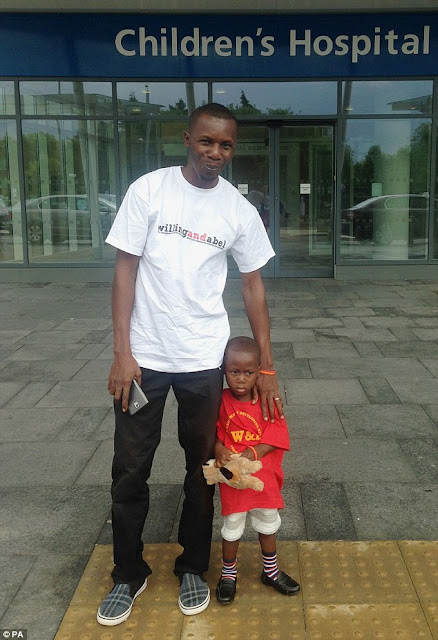 Talking about how Ethan’s condition affects him, Dr Williams said that Charles has told of how people in their home country refer to them as ‘the family with the boy who’s pregnant’.
He added:

‘They don’t let the little boy go out of the house because everybody pokes his tummy and prods at him and makes comments.

‘So when he’s at home he will be able to go to school and have a normal life, play football and be a normal boy again.

‘But also he just gets on with it. He’s just an adorable three-year-old.’

Ethan’s father Charles said the kindness of Dr and Mrs Williams is ‘bringing a lot of joy and excitement’ to his family.