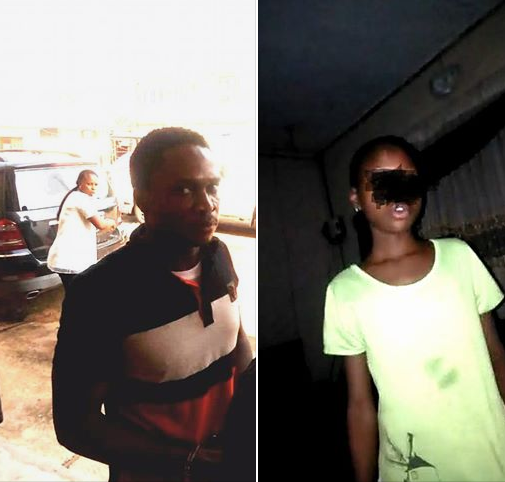 Mr. Nwachukwu Benjamin, 30, who was accused of raping a 10-year-old girl in Benin, Edo state, has reportedly been granted bail.

Benjamin was granted bail today by a magistrate court in Benin city and this has angered citizens, including civil rights groups.

Israel Joe, a civil rights activist, shared the news on social media and claimed that the alleged rapist’s family vowed to use their wealth to secure his freedom before he was released today.

It was reported that the case was transferred to State CID Benin and was allegedly compromised by the investigating police officer IPO.

Israel expressed his disappointment at the way the case is being handled and called on the state governor Godwin Obaseki to look into the issue.

“It is a blow on justice as one Mr. Nwachukwu Benjamin was granted bail today in Benin city Edo state. The rapist whom his family has vowed that they will use their wealth to ensure freedom for their brother was granted bail by a magistrate court. The case which was transferred to State CID Benin was compromised by both the IPO who is also an Igbo officer.

I wish to challenge CP of Edo State Babatunde Johnson to dabble into this matter before his name is dragged to the mud. The DC who ordered the IPO to be changed the moment we sensed tribalism and compromise could not even help matters as the same IPO amended the charge to grant bail to the suspect who continues to parade himself as a Rev. Father of Holy Spirit Catholic Church Benin.

The 30 years Old Benjamin who defiled this young girl of ten now walks freely in the society with pride and arrogance. I’m seriously in pain because I have never heard a magistrate granting bail for a case of defilement. The Officer in Charge who told me yesterday on phone that the boy will be charged appropriately with defilement today went ahead in connivance with the judiciary to grant bail to the suspect.

It should be on record that Edo State has set a bad precedence against the background of justice and if something is not quickly done. All rapist in Benin will always find themselves back to the society with more sophisticated freedom. I call on Governor Godwin Obaseki to look into the injustice done to this poor girl and call for rightness.”