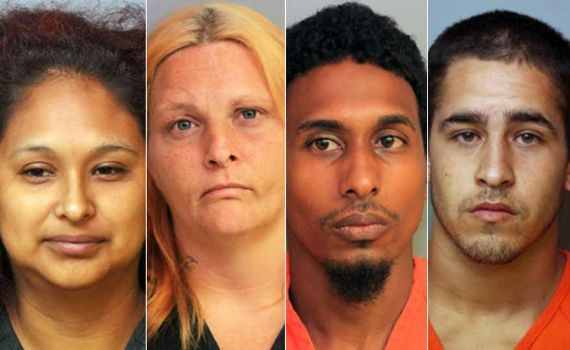 According to the New York Daily News, Police authorities in Florida have arrested four adults for using a stun gun to discipline children living in their home. The suspects, 22-year-old Eduardo Vazquez , 22-year-old William Torres-Morales Elizabeth Tarvin, 33, and Veronica Sanchez, 32 admitted using a stun gun to discipline children and were arrested on Thursday according to a news release published on Monday by the Polk County Sheriff’s Office.

Police said all four adults were living in the same Lakeland home and that the two males were dating the two females. According to the press release, seven children had burns consistent with stun-gun injuries and when male children failed to do a certain number of push-ups, they were stun gunned. Investigators found through interviews that nine children were between the ages of 7 to 13.

Both women involved admitted they knew Vazquez and Torres-Morales were using stun guns to discipline the children but did nothing to stop it in fear of losing their relationships or losing the children.