4 FACTS YOU SHOULD KNOW ABOUT CO-SLEEPING 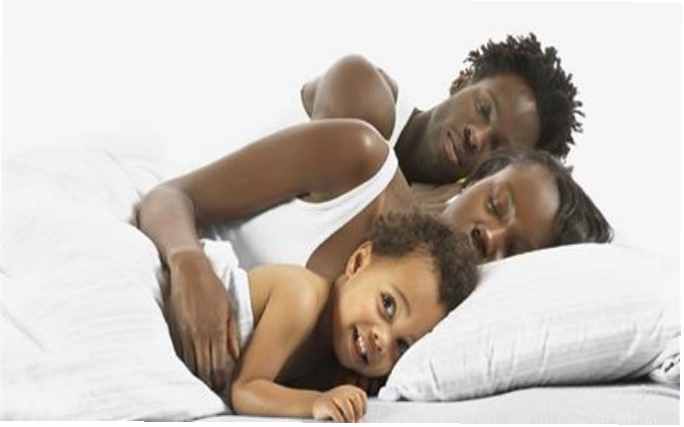 Should I sleep with my newborn in my bed or just keep him in the crib? This question has been asked by mothers for a very long time and it continues to be an important subject, so much so that a study was conducted and recently published. Thestudy painted a rather grim picture of co-sleeping, as it is usually called. It stated that children under four months were more likely to die if they shared a bed with their parents but older children had better chances of survival.

It begs the question, what exactly is the truth about co-sleeping? Which are the exaggerated points and which are those that are not given the airplay they deserve? The following pointers should shed some light.

Most parents that take their babies to bed with them do this because waking up to feed the baby at night is a little tiring. Babies wake up very often at night and they settle down when you hold them just for them to start squirming and crying as soon as you put them back in their own crib or basinet. That is actually very exhausting for any person for one night and to imagine that it continues every night!

The warmth your baby feels when around you makes them feel a little safer and makes them sleep easy. When your baby sleeps through the night you can sleep better as well so everyone gets a good night’s sleep.

Some may argue that sleeping too close may expose them to too much carbon dioxide which is an unwanted part of the breathing cycle. Carbon dioxide actually stimulates the breathing mechanism in a human being so it will cause the baby to breathe some more as they sleep.

Babies also tend to breathe very fast but when they sleep with an adult their breathing is regulated and the parent’s breathing acts as a pacemaker for the child.

There is no doubt that it is not just a bed you share. Your sleep patterns change and become almost similar, when one party moves the other one adjusts their position accordingly and there is constant physical connection. This improves communication between the mother and child thus strengthening their bond.

The baby also breastfeeds a little more often than if you were to sleep in separate beds.
This does not mean that you will have to wake up more often to breastfeed because most times you are running on autopilot when the baby wakes up to feed in the middle of the night.

The risk involved with sharing a bed with a tiny baby is probably rolling over onto them. This may be a constant point of worry especially for first-time mothers and there is a possibility of sleeping on your tiny child. They could also get suffocated by the covers on your bed.

This is why reducing the covers on your bed and making sure that the baby sleeps on a flat surface is very important. You can also place a kind of barrier that prevents you from rolling over. In most cases however, you will find that the mother naturally ends up sleeping on her side or back and can easily wake up when the baby stirs.

Some people talk about SIDS or sudden infant death syndrome (which is the death of a child that showed no medical problems and seems to have no sensible cause even with forensic investigation) as a risk but babies that co-sleep with parents tend to sleep more on their sides and back and less on their tummy which actually reduces the risk of SIDS.