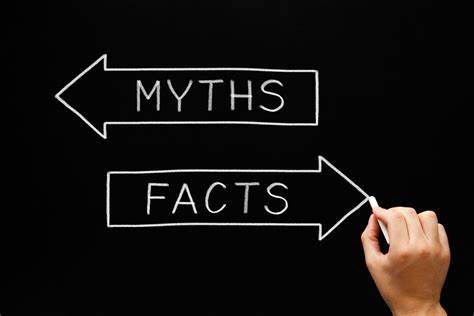 MYTHS ABOUT MARRIAGE. Hundreds of myth surround this old, economic, legal and religious institution that is marriage, and these myths give many couples unrealistic expectations about what makes it work.

If you are looking for the happily ever after storybook marriage that you saw in Cinderella, you are sure to be sorely disappointed. But who can blame you? It’s so easy to get caught up in these kinds of beliefs when we are all surrounded by movies, books, and television that romanticize such things.

There’s definitely no shortage of opinions about it but most of those are not based on evidence, in fact, some are straight-up wrong.

Therefore, a totally frank discussion about the popular myths that can harm your marriage is in order. Here goes:

SHARING THE SAME INTERESTS WILL KEEP YOU TOGETHER

Have you ever gone on a dating site? When you register, they’ll ask you to list your interests to help you attract potential mates and in some cases, match you solely based on your shared activities and hobbies.

When you ask many married couples today, the majority of them say that having common interests is essential to their marriage as against having a satisfying sexual relationship or agreeing on things like politics.

But here’s the gospel truth. The most important thing in your marriage is not what you do together, it’s the way you interact with each other while doing it. Any activity can drive a wedge between a couple if they don’t get along well with each other. It doesn’t matter if you both enjoy playing videogames if, when you are in the middle of the game, one says, “That’s not how you shoot, you idiot!”

Research has shown that harsh criticism, even of shooting skills, is one of the greatest destructive behaviors that can lead a couple to divorce in the long run.

If you want to determine a couple’s compatibility, the ratio of positive to negative interactions should be about 20 to 1 daily. That is the main determinant of whether or not two partners are doing something both of them enjoy.

So instead of banking on shared interests, check your compatibility.

This has to be one of the most clichéd relationship advice ever. Someone even once said, “Don’t allow an argument to go unresolved – even overnight.”

But is this for real though? All this advice does is push couples to try to solve their problems immediately. But the truth of the matter is, each person has their own way of dealing with issues and research has shown that majority of recurring marital disagreements end up unresolved because of the individual personality differences.

For example, there is no way you’ll work out that fight about doing the dishes, no matter how late you stay up at night.

It’s been found that when a couple fights, you become so stressed, that it is virtually impossible for you to have a rational discussion.

So here’s the trick, if you start to feel emotionally or mentally overwhelmed during an argument, take a break from it, give yourself the time to calm down, whether by distracting yourself with something relaxing, and then come back to it later when you are able to communicate respectfully and rationally – even if it means sleeping on it.

THE MAIN CAUSE OF DIVORCE IS HAVING AN AFFAIR

It is a very common misconception, especially in Nigeria for people to assume the main reason why most marriages end in divorce is when one or both parties engage in extra-marital affairs.

Of course, having an affair destroys the foundation of trust that the marriage is built on but the main things that result in the divorce usually occur long before the affair.

A particular study showed than at least 80% of divorced couples stated that the reason they eventually divorced their partners was because they had grown apart and had lost their sense of closeness with each other. It was only about 20% that blamed the divorce on affairs.

This shows that couples who engage in affairs usually do it, not because of some kind of forbidden attraction but because they felt lonely. There were already serious, albeit subtle issues in the marriage itself, long before the affair happened.

MARRIAGE IS A RELATIONSHIP CONTRACT

It’s not uncommon for couples to do nice things for each other and for each to their fair share around the house, but many couples have turned it into a “contract” or a “do for me, I do for you.”

Some opt for formal agreements, like Mark Zuckerberg and his wife who made specific details like one date per week and a minimum of 100 minutes of alone time outside of Facebook and his apartment. Some other couples have more informal agreements about who is responsible for what in the marriage.

All this contract-like mentality does, is that it makes the couple to keep track of “good vs bad” deeds which can lead to partners keeping score, which then leads to resentment. Contempt and criticism start to arise when expectations become unfulfilled especially when they have now been quantified.

This also means when one does something nice for the other, they expect something just as nice in return. But that expectation may not become fulfilled – maybe a busy week or forgetfulness on the part of the other partner – which creates resentment and an unhealthy environment of striving to “win.”

Take for example, housework, the one thing almost all couples fight about. You want to have an even division of chores so you make a contract. But fast-forward a few months and there’s a pile of dirty dishes in the sink. What happens? You start fighting again.

So what’s the solution? Marriage isn’t a contract, so ditch the list and try something else – maybe even hire a cleaning service. Basically, what you need is to spend time together having more positive interactions and fewer fights.

Some things cannot and should not be mandated, so instead of coming up with a contract, compromise.

Marriages need a lot of qualities to be long-lasting and successful. From love, tolerance, good communication, support, realistic expectations to an immeasurable emotional connection and even a sense of humor, these are the true foundations on which a good marriage is built.MYTHS ABOUT MARRIAGE

3 Proven Ways To Spice Up Your Marriage.