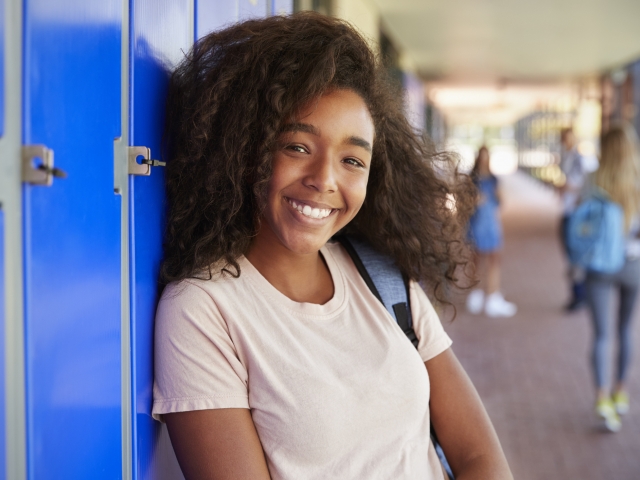 All of us face peer pressure at one point or the other in both subtle and overt manners. In fact, peer pressure is a normal, challenging part of everyone’s life.

However, your teenager is more susceptible to peer pressure than you do. You know why? Adolescence is a stage of life where peer pressure seems very hard to deal with.

Your teenager wants to socialize and wouldn’t want to say “NO” to avoid being alienated. Therefore, he or she would yield to peer pressure to fit in and get along with peers and friends which often leads to risky behavior, such as cheating in the examinations, indulging in sex, drugs, and alcohol, shoplifting, etc.

But there’s no need to panic, here are four powerful skills to help your teenager handle peer pressure and resist negative peer pressures:

This is undoubtedly the first skill to help your teenager handle peer pressure.

Naturally, everybody wants to be accepted by his or her peers – a major reason why most of us find it very hard to be the only one to say “NO” to peer pressure.

However, you need to teach your teenager to be self-confident. When you do this, you’ll help your teenager develop an inner strength that will help him or her to believe in themselves and stand firm with their choices and feelings.

This belief in oneself will help your teenager to do what t feels is right and what he/she is persuaded to do.

Having confidence in oneself will make your teenager understand that even if they have “seemingly” failed among their peers for rejecting their pressure, he/she will eventually succeed in the long run.

You can build your teenagers’ self-confidence through modeling confidence and praising their wise choices.

As parents, help your teenagers to understand that there are times when it’s the right choice for them to say “NO,” especially when it has to do with their safety.

For instance, if your teenager feels uncomfortable with doing certain things, especially when parents aren’t around, teach him/her how to politely decline by saying no in a way that won’t cause hard feelings e.g. if your teenager is being pressured by peers to smoke cigarettes, he/she might say, “No thanks. I’m not in for it. Even being around the smoke makes me feel sick.”

Although parents want their children to be polite, that doesn’t mean they should be servile. So, it’s very important, especially for your female teenager, to know that a firm “No!” can also be the right answer sometimes.

Good and Effective Communication With Adults

This is a very important point to help your teenager handle peer pressure. Teach your teenager how to effectively communicate with the adults within their sphere of influence, especially you.

Sometimes, teenagers don’t quite know what to say or how to openly discuss the issues they’re facing with their parents. So, when they can’t discuss with you as a parent, they might prefer to talk to a surrogate. Whichever way, let your teenager understands that good and effective communication with adults is very good for him/her.

To make them understand better, practice what you preach. Start a discussion with your teenager, talk to them about issues you’re dealing with. Ask for their thoughts and opinions about the challenges you’re facing.

When you share your personal issues with your teenager, chip in some age-appropriate issues that they are likely to be facing too. Your teenager is more likely to share what they is facing with you too. You Know why? They believe you’ve made them your trusted confidant and that what they say will make you theirs too. And you know what, if your teenager can effectively communicate with you, their tendency to succumb to peer pressure would be greatly reduced.

Ability to Walk Away When Provoked

There is a tendency that your teenagers would become a popular target of peer pressure instigators when they refuse to succumb.

Peer pressure instigators always find it hard to believe that someone, especially a self-thinker, would willingly choose to remain outside the circle. So, they tend to taunt, bully, or provoke.

As a parent, you need to demonstrate what it means to be patient and to walk away when provoked. And the best way to teach your teenager is by being an example yourself. Your teenager would do some things that may provoke you. So, if you want to teach him/her to be patient and walk away in the face of provocation, you yourself must teach them by walking away when provoked.

Walking away when provoked is beyond lip service. You must practice it and when your teenager sees you practice what you teach, it makes them believe you faster.

Remember kids could be so funny – even when it seems like they aren’t listening, they are indeed observing.

Courage to Combat Lies With the Truth

Another reason why most teenagers easily succumb to peer pressure is either because they don’t know the truth or don’t dare to stand on the truth when faced with peer pressure tactics.

For instance, if a dominant person says that bullying is fun, other kids conform to the lie because they feel that is the truth or because they don’t want to be the one to be bullied.

As most negative peer pressure tactics start with either a lie, such as

“You won’t get in trouble.”

Or a fear, you must always arm your teenager with the “TRUE” answers to all of these lies.

As stated above, everyone – both old and young – is faced with peer pressure at one point or the other. While as a parent, yours may be “going to the club” and you would like to say “the struggle is real.” For your teenager, it may be “bullying, drugs, or sex” and he/she would also say “the pressure is real.”

However, if you’ve armed your teenager with the right tools, such as the four powerful skills discussed above, your teenager would be able to make it through these intense adolescent years (full of peer pressures) onto adulthood and with fewer scars.