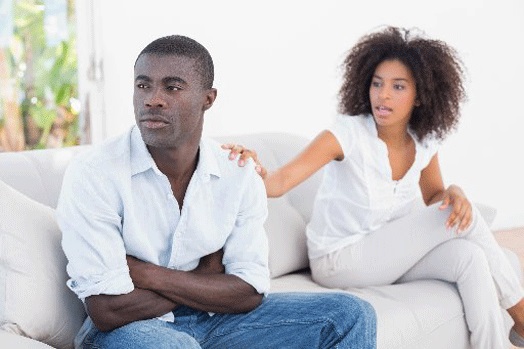 Then you’ll want to read what I have to say about what goes on Inside the Mind of a Man, right here…

Men, and women, generally want to FEEL GOOD in their lives.

And they want to have the people around them be a source of pleasure and comfort and support.

When you are constantly freaking out on a man for what it is about him that freaks you out, you quickly turn into one of the people who he just DOESN’T FEEL GOOD around.

And this has a huge impact on whether or not he wants to invest more time, effort, and energy in you and your relationship –

Or if he will decide to give up on trying to fix what’s going on so you can both feel good together.

Reason #2: Emotional Experience And The Future

For the man in a relationship, the way a woman acts in the “little” situations become indicators of how she’s going to respond when things really are tough in the future.

So if a woman is consistently negative and emotional… and can’t get herself together even when a man tries to explain things and comfort her… then a man isn’t going to think that things could be any better for them in the future.

Love can be important to a man.

But just like a woman, if he doesn’t also keep experiencing the exciting and addictive feelings of CONNECTION and ATTRACTION with the woman he loves… then eventually EVERYTHING ELSE stops mattering.

When a man doesn’t FEEL that deep level of connection with a woman, at least every so often to remind him of why he’s with her, then he’ll forget why… and the relationship will become just a whole bunch of “work” to him.

Whenever he thinks of his girlfriend, he’ll think of all the problems, frustrations, and negative emotions and experiences… and he’ll see a future and a commitment as something that will make him LESS SATISFIED in his life.

Often times when women are feeling distance or trouble in a relationship, they’ll try to “talk” to a man and work on “the relationship.”

Big mistake if you want to turn things around.

For a man, he wants to do things together (not talk) to know his relationship is working.

Creating a deep level of connection and sharing the attraction you have is one of the most powerful and important keys to giving a man his own reason for wanting to be with you, no matter what.

Reason #4: The “Neediness” of Codependence

A man wants to be with a woman who brings something better to his life, not takes away his time, energy, and emotional “stability.”

So when a woman doesn’t have much going on for herself in her own life a few things happen:

First, she focuses on her relationship too much as her source of happiness or unhappiness.

You can tell when you’ve done this in your relationships in the past when you’ve said things like:

“I can’t believe how I didn’t hardly ever see any of my friends while we were together.”

“I can’t believe I let him control me that way.”

“I feel so stupid for wasting so much of my time on our relationship, when I could have been doing things for me and my life.”

The reality is that no man and no relationship are capable of being everything to a woman.

And no relationship requires that you sacrifice all your time, life, and energy for it… no matter how much it seems that way.

But our relationships can “trick” us into believing that they need all of our time and attention just to survive.

In fact, the way this works is completely COUNTERINTUITIVE.

Often times a man will leave a woman because he sees that she depends too much on him and has lost her own sources of happiness… and this not only looks and feels “needy” to a man, but it keeps the woman from having much to bring into the relationship and add to their lives together.

Every few weeks or months I come across someone who says or alludes to the idea that “people don’t change.”

People often change their state of mind in an instant.

Especially from happy to sad.

Of course, changing perspectives, opinions, or beliefs can take a bit longer… but these change quickly, too.

A man can and will “change” and compromise for a woman.

I see it all the time where men let go of their “bachelor lifestyles” for one special woman, and change a ton about their social lives.

But this only happens when a man has HIS OWN REASONS to change.

It NEVER works, or lasts, if a man simply tries to change for a woman, or for the sake of the relationship.

There’s a rule I like to use in my life when ever I come to a situation where I’m trying to align my own desires or goals with someone else’s:

“All motivation is self-interest.”

In other words, if you’re trying to create a great situation with a man, you’re going to need to understand what HIS REASONS are going to be for doing the work on his end to make it happen.

But in many cases, a woman will try and get a man to change by showing him how it affects HER, not him.

This is the exact opposite of understanding that people are motivated by the things THEY WANT, and not what others feel and want.

It takes some maturity to accept that other people (men) have their own unique way of seeing things and wanting what they want (to stay and work things out, or not).

But once you learn to accept these things and start to work with them instead of against them, life gets a whole lot easier.

And a whole lot more fun.

So those are 5 of the most common reasons why men leave women and relationships.