4 Signs that Your Baby Will Soon Walk 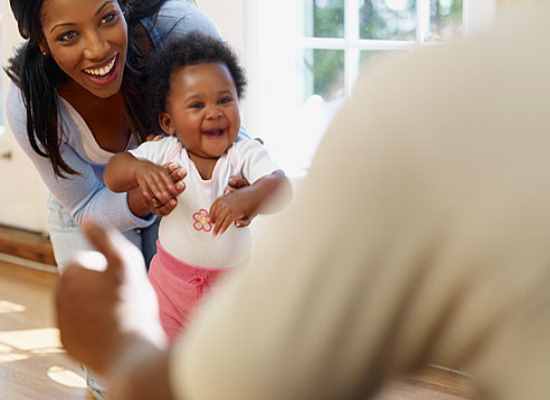 Every parent gets excited every time their baby goes through a new milestone. As the baby grows older you just can’t wait to see what they will do next and they even start comparing their children with other children. Comparing is good because you get to gauge whether your baby is on the right track. It is however not a competition so be careful not to say anything hurtful to a parent whose child is a bit behind on the milestones.

Walking is among the biggest milestones that parents look forward to. It is like the bridge between being a baby and a toddler and is a very important rite of passage, so to speak. Every parent wants to be there when their baby finally takes their first step and it is always an emotional moment. Children however develop at different paces so it is best to just be patient and wait for your child to develop as they should. There are however some things that you may notice that can serve as indicators of the first step coming soon.

For your baby to walk they need to have mastered standing and standing requires pulling the body up. Your baby is getting himself ready to walk when he starts pulling himself up. He will probably hold on to the table or sofa. This means that you will have to baby-proof your house. Remove any item that could fall on your baby if he pulls on it. This stage lasts for about three months and it begins at around eight months.

As soon as he masters pulling himself up and feels confident with his new found skill, he will probably take it a step further and try balancing on his own. Moving around with furniture becomes boring and he decides to venture out into the unknown.

Sleep might be a lot more than you are used to seeing at this point in your baby’s life. It may be seen at around 10 or 11 months just when the baby is experiencing a major growth spurt. It is said that sleep aids the process of growth so your body prepares itself for the new change by getting your baby to snooze a little more.

A fussy baby is a handful since everything changes. A once playful baby gets irritated very easily and a great eater turns picky. The fussiness is more prevalent at mealtime so you will probably notice the sudden pickiness much faster than other symptoms.

Babies have their own ‘sixth sense’ that can be interpreted in different ways by adults. Some may think that their baby is a little cowardly yet there is something they know that they can verbalize to everyone else. One mother says that her baby walked very late compared to other children and later on when she was 21 months old she had a dislocated kneecap. The first question that the doctor asked her was whether her baby had walked late. On confirming this, the doctor said that the baby was afraid for her knees and this caused her to hesitate putting too much strain on them. No one could have guessed that and the baby couldn’t tell them so nature worked its course.

Babies are different so don’t rush yours. You should only start getting worried if your baby is 15 months old and has not yet taken his first step. Take them to a doctor for an assessment if that is the case. Before you get there take it easy, hold their hand as they try, keep them on a healthy diet and everything should flow naturally and at the right time.