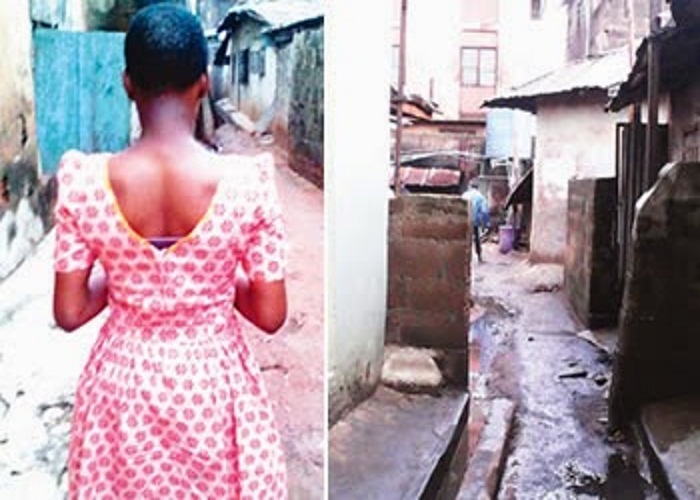 An Islamic Cleric Abdullahi Omobolaji has been arrested by the police over allegations of sexual assault on a 17 year old named Idowu at Bakare lane in the Agege area of Lagos state.

The Islamic Cleric popularly referred to Alfa stays in Abule Egba area of Lagos but has an abode in Agege where people seek him for spiritual help. According to Punch,

“He was said to have taken advantage of the minor and slept with her many times, from November 2014 until the act was uncovered by the victim’s mother in March, 2015.

When she confronted him, Alfa was said to have beaten up Idowu’s mother. While the scuffle was on, the matter was reported at the Isokoko Police Division by Idowu.

Speaking with PUNCH Metro on Friday, Idowu said she could not muster the courage to tell anyone about her experience because Alfa had threatened that she would die if she did.

She said, “It started in November, 2014 when Alfa Abdullahi called me and said I should always come to meet him if I needed anything since my dad was dead and my mum was unable to cater to all my needs.

“Later, he told me that he had seen a vision, adding that a man had placed an evil mark on me.

“He asked me to rinse my hand with cold water which he the put on the fire. When the water finally boiled and I brought it down, I saw two cowries and a ring in the water.

“Alfa said that was what the man put inside my body and he (Alfa) was the only man that could remove the evil mark from me. He said he must sleep with me three times, and that was how he slept with me.

“He said I must never tell anyone what happened between us and if I did, I would die just like my father did a few years back.”

Idowu said a few days afterwards, the suspect called her and asked her to buy an egg.

He was alleged to have instructed the victim to rub her body with the egg.

“Then he said I should break it. I found seven needles in the egg. Alfa then said he would have to sleep with me seven times. I pleaded with him not to since he only recently slept with me three times, but he insisted on doing it, “she added.

The teenager said he slept with her for seven more times, and continued to pressure her for more sex.

She said she could not open up to anyone because Alfa always scared her with tales of his powerful exploits.

Her mother, a fashion designer, told PUNCH Metro that she got wind of what had been happening between the duo from a customer.

The mother of four said when she confronted Alfa, he denied the allegation.

She said, “After a lot of pressure, my daughter opened up, telling me that Alfa had told her if she told anyone she would die.

“That was when I went to meet him the second time, but he beat me up.”

Idowu was said to have gone to the Isokoko Police Station to report the matter, and policemen arrested the suspect.

Our correspondent learnt that the victim had been taken to the Lagos State University Teaching Hospital for a medical test.

A family friend, Prophet Samuel Odusanwo, said, “The police and indeed the government should not allow him (Alfa) to go unpunished. His case should be used to serve as a lesson to people like him.”

However, a relative of the suspect, who did not reveal his name, said there was no truth in the allegation, adding that Alfa and the victim were dating.

He said, “The girl framed up the cleric.

“They have been sleeping with each other since last year.”

The Police Public Relations Officer, Lagos State Command, Kenneth Nwosu, confirmed the incident and the case would be called up in court today March 16th.