46 years after, DNA test leads brothers to reunite with their mother (Photos) 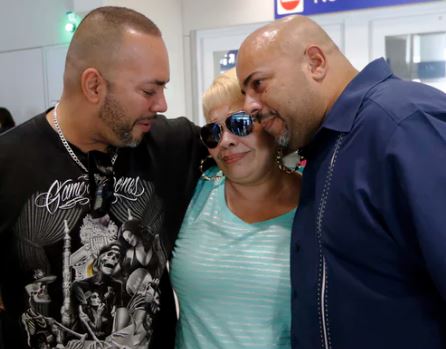 It was an emotional reunion at the Dallas Fort Worth International Airport when Raymond Abreu and his brother, Anthony Wiggs who were separated from each other and their mother when they were infants in Puerto Rico finally met again

Many months of late-night calls and a DNA test had led to that life-changing moment. Now 64-year-old Elsie Ramirez was finally face-to-face with her sons, Raymond, 47, and Anthony, 46. She hadn’t seen them since they were infants.

Ramirez said she left Aguadilla, Puerto Rico, in the 1970’s shortly after her relationship with her husband broke down. He was in the military and stationed at Ramey Air Force Base. Soon after the couple’s relationship soured, social services in Puerto Rico became involved and the brothers and their mother were split up. 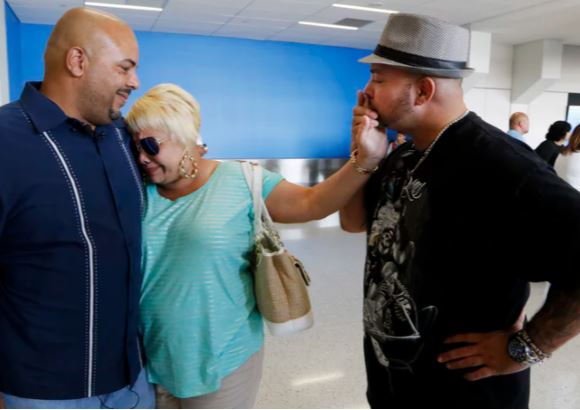 Raymond Abreu 10 months older than his brother moved in with his grandparents. Soon after that, his father took him to San Antonio, Texas while Anthony had been adopted by the Wiggs family. Marta Wiggs and her family called the boy “Mikey”.

In May this year they made a massive breakthrough. Anthony’s girlfriend bought him a DNA test for his birthday. He was able to connect with a large database of historical records to find living relatives who shared the same DNA.

The test threw up a match for Wiggs’ cousin, Elsie Ramirez’ nephew, who he then tracked down. The man broke some stunning news Elsie was alive and living in Massachusetts. “I got on Facebook and just started typing her name. I ended up on a Facebook page with her best friend.” Wiggs got Elsie’s cell phone number from her friend and left a voice message. 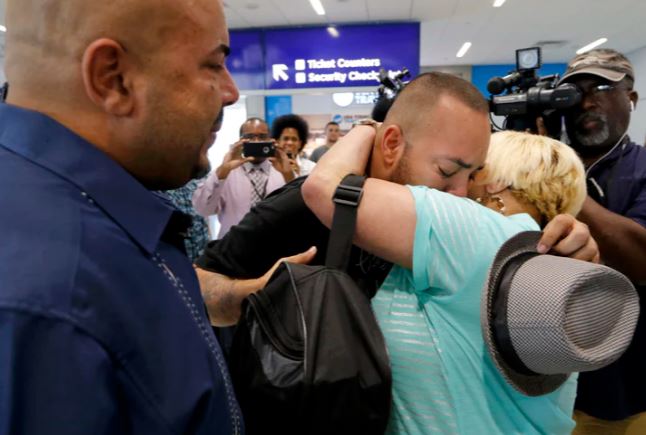 His mother heard his voice on her phone just an hour later. “She was actually at the mall in the restroom,” Wiggs said. “There was a lady in there next to her who heard her screaming and crying out of joy.”

Anthony had Raymond join the call. Abreu said his mother told them in Spanish “I always prayed, I always tried to look for you.” Then all three cried together.