5 Signs Your Partner is Jealous and Possessive 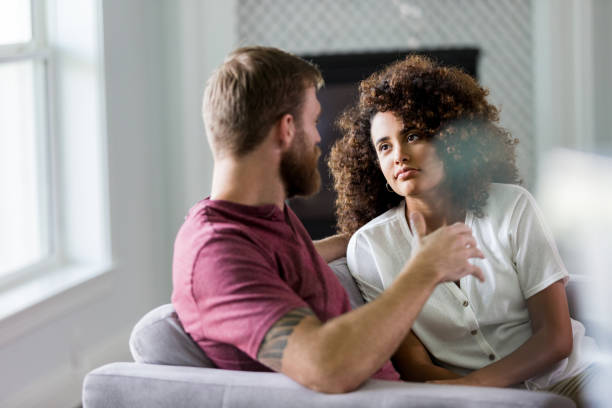 Some people say that jealousy is natural, while others say that it can be a social construct invented to justify the possession of the other. According to psychologists, excessive possession can lead a person who is jealous to damage the lives of other people and sometimes theirs.

Being a jealous and possessive person is not good for anyone and it is very unhealthy for every relationship. There are couples who think that being jealous is important to “spice up” the relationship or that it is a way to demonstrate to the other that there are feelings involved.

There is no right parameter to measure a person’s level of jealousy. However, it is possible to distinguish some signs that can be seen as “dangerous” within a relationship. Some of them include:

A jealous and possessive person starts to invade your privacy. He goes as far as obtaining passwords for your social media accounts, viewing messages on cell phones and computers, and even physically going after the person to investigate “possible cases”.

This is one of the strong signs that something is very wrong in the relationship. Manipulation games may have given rise to a form of indiscriminate possession.

At this level, all friendships (including family members) are seen as negative by the jealous and possessive person. He or she is always on guard and demands explanation for almost every action you exhibit.

Like the previous item, the warning signs were given. Here, the jealous person becomes very possessive and tends to check the phone, calendar, email and social media messages almost 24 hours a day.

He or she does not want you to associate with other people especially those of the opposite sex. They could go ahead and make scenes when they see you with other people even in open places. They want to let everyone know you are theirs and sometimes, this could be very difficult to handle.

When it reaches this point, the jealous and possessive person meets what we call the culmination of the problem: the fight. The moments of disagreements can occur publicly, in the middle of the street, causing serious social problems.

A person who does not know the couple can immediately call the police and the case can go to the police station. Because the fight can easily turn into physical violence. Apart from drawing public attention, your safety is at risk and they could harm you in a few seconds.

Whether it is pathological or normal jealousy, they feel the constant need to make frequent calls and send messages by all possible means, in order to find out what the other person is doing.

Because it is even considered as “desirable” and “cool” by society, it tends to become a big problem when not resolved between the couple. Mania can become an inquisitive process, increasing the chances of losing control of the situation completely.

5. Ensures you both are always together

Here is another attitude that society sometimes imposes as healthy in the relationship, but when it comes to jealous and possessive people, it is quite serious. The person no longer has time for himself and only creates the world to be with the other person.

Your world becomes hers. For a moment this might seem romantic and special, but with the nuances of the relationship going on, it will be seen that the behavior is, in fact, compulsive.

If you recognize yourself or see these attitudes as accurate in your relationship, then you are or you have a jealous and possessive person at your side and this can cause you some problems, emotional, psychological and even social.

How to Deal with Excessive Jealousy

A jealous and possessive person requires care. It is definitely not healthy to have someone like that by your side. Both extreme jealousy and a sense of ownership are fatal in any social relationship and in a loving relationship, this leads to terrible consequences.

The limits of individual freedom and privacy must always be maintained in a natural and healthy way. Jealousy exists. When these become chronic and aggressive, they develop certain pathologies and emotional disorders. This is where professional help comes in. When you notice that your partner is jealous and possessive, it is important to seek the advice of a psychologist because in a relationship, couple therapy will be very welcome.

Look for a couple therapy psychologist who will understand your case in a simple way. When left untreated and resolved, possessive relationships can give rise to feelings of unhappiness, sadness, anxiety and accumulated anger.