5 WAYS TO HANDLE HEAD-BANGING IN A TODDLER 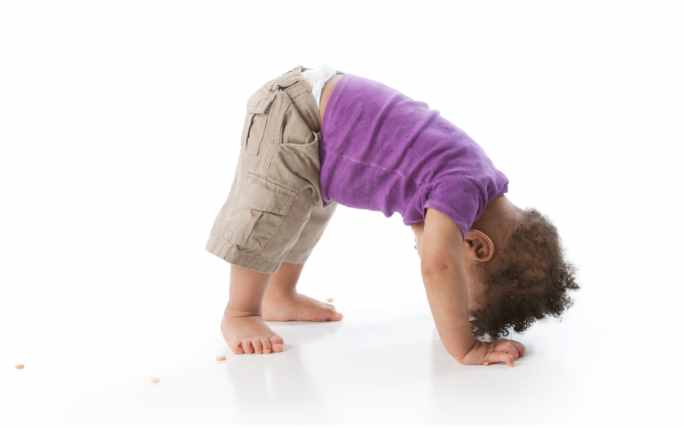 odd as it may be, head-banging is actually very common among toddlers. Around 20 percent of toddlers band their head, on purpose, but boys are thrice as likely to do it as girls. It usually beginsafter six months of age and gets very serious from 18 months all through to 24 months. It could go on for months and sometimes years but it usually goes by around 3 years of age.

Why they bang their heads

·         Your child may bang his head because of pain from an earache or teething. It probably distracts them from the actual source of pain and makes them temporarily feel better.

·         He could just want your attention. You automatically turn to your baby if they are doing something that may harm them and your toddler has probably noticed this reaction so they go ahead convinced that you will give them the attention that they want.

·         Some toddlers bang their heads rhythmically to soothe themselves. You may notice that the banging happens just before bed and the rhythmic movement rocks them to sleep.

·         Toddlers usually don’t have the right words to express their frustration and this may lead to them banging their heads in frustration as a method of venting. It could also be a source of comfort during frustration.

·         It could be a sign of autism or other developmental disorders. It would be accompanied by other signs and symptomsthough so on its own it is not a serious red flag.

How to handle it

Positive attention like playing and complimenting them builds your toddler’s confidence and reduces the need for constant attention. If your child still continues, try to play it down instead of overreacting or punishing your toddler.

Keep your reaction cool because scolding may reinforce the behavior because what they were looking for is positive attention and not all the negative energy you are directing their way.

Keep them from injury

This is important especially if there are harmful items around them. Remove anything sharp and cover corners with soft materials like cloth and rubber. Do not put blankets or pillows around them in a bid to cushion them from the blows because these are a suffocation hazard.

If they bang their head in the crib make sure all the railings are firm, no screws are undone and spaces that the baby’s head can fit into are covered. Any pillows should be firm and thin so as to avoid suffocation.

There may be a few bruises but your baby will not hurt himself as such. Take it easy because if the pain is too much he will refrain from banging hard.

If the banging is because of the rhythm that it creates teach your child to bang on tables, marching, clapping or even dancing. Keep him active during the day so that they use up all the extra energy that could fuel the head banging as well.

For those toddlers that bang their heads so as to get themselves into sleep you could establish a certain bedtime routine so that they calm down slowly and eventually relax into sleep. You could try a warm bath, a bedtime story or simply stroking his forehead or rubbing his back. Turn down the lights as well and if you want you can add some soft music in the background.

If you think it is more than just rhythm or pain relief, take your toddler to a doctor so that he gets checked. If it is just pain then the doctor should prescribe something for it to heal and relieve the toddler’s discomfort.