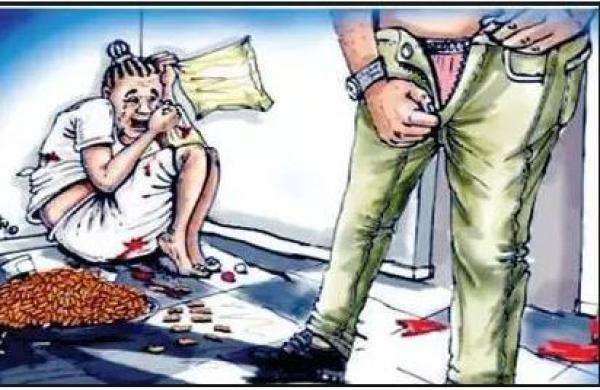 A 50-year old man, has been arrested by the police for allegedly raping a teenager.

The man, a resident of Wallawa quarters in Kabo Local Government Area of  Kano, has been identified as  Tukur Mohammed. Following his arrest, he has now been arraigned before a Kano Chief Magistrate’s Court for sexually assaulting the teenager, a 15-year old girl.

According to report, the rapist, a father of four asked his victim to accompany him to his farm where he forcefully had carnal knowledge of her.The teenager, later became pregnant from the evil act.

The First Information Report by the police on the incident stated clearly that one Abdulhamid Adamu, 45, reported the matter to the police on January 31, 2017.

Insp. Umar Tahir, the police persecutor,  informed the court that the teenage rape victim became pregnant as a result of the sexual assault. The pregnancy subsequently led to the parents of the victim, reporting the case to the police.

Further disclosure stated that following the medical tests carried out on the teenager at a hospital showed that the she was pregnant.

Responding to the charge against him, Mohammed admitted before the court that he indeed raped the teenager.

Speaking further, the accused confirmed that he is married  and blessed with four children. In his words:

“I have three girls, one boy, two out of my three daughters are married.”

She also ordered that all medical expenses incurred by the victim, from the very first date the evil act was committed  till when she finally gives birth be taken care of by the suspect.

Chief Magistrate Sabo, finally directed the court registrar to work with the relations of the accused to ensure that the order enforced is carried out.