For 6-Years I Was A Dedicated Housewife – Muma Gee 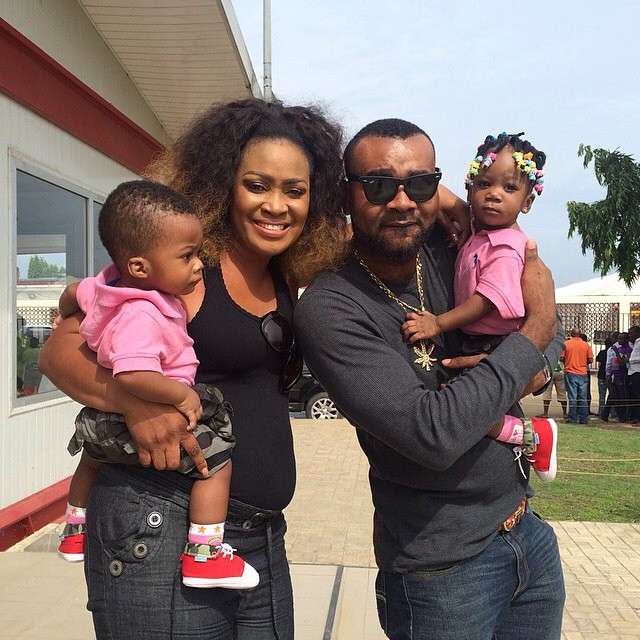 Recall, the couple had issues last year which saw Eke, calling her out on social media say in she abandoned her twin kids without saying much.

In a new interview with HipTV, Muma Gee, weighed in on the allegation saying:

I got married and became a full time house wife for 6 years. For me to have taken a break (from entertainment) for six years, that’s enough to tell anyone I was really dedicated. I gave the marriage all my life, all my time, but if the persons involved are restless a bit, you can’t be in control.

Prince Eke on his own part. speaking about the issue a few weeks back said:

“Muma Gee and I are separated and very soon we will be officially divorced. Let’s just say it didn’t work. We are not compatible. Talking about Muma Gee now is going to remind me of things I have forgotten. I have moved on and she has also moved on.”

The pair got married in 2011, shortly after Muma Gee took part in the celebrity edition of the Gulder Ultimate Search reality TV show. Before anyone could say the words Jack Robinson the pair were married and welcomed twins shortly after.

The couple were so in love no one would imagine their marriage could get to where it is now. in an interview with a major Nigerian newspaper back in 2015, Muma Gee even talked about her hatred for divorce as it was a no go area in the home she was brought up. She said:, “My mother never divorced my father.”

Muma Gee also believed she had found her soul mate in Eke, claiming that she prayed over her union with him and asked God to give her signs.