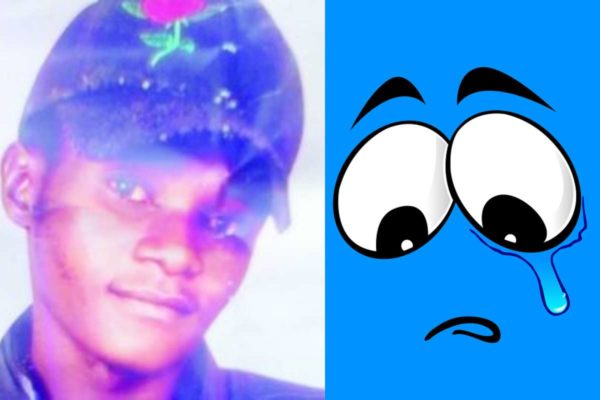 A 65-year-old man, Pa Yakubu Jah has been heartbroken over the death of his 29-year old only son, Phillip, murdered in a clash between two rival cult groups, Red Axe and Black Axe, in Kabong community in Jos North Local Government Area.

In a chat with The Sun, the devastated father said he’s in great agony because he’d lost other sons few years ago. According to him, on the day of the unfortunate incident, his son Philip was at home in the evening and chatting with himself and his wife when his phone rang. Within seconds he left the house, to meet with his friends at the market square, which is not far from the house.

While he was out, a fight between the two rival cult groups broke out and spilled into the place where Philip and his friends were playing. In the ensuing confusion, he was stabbed severally with a knife on his chest and neck. Bleeding profusely, Philip was rushed to Bingham University Teaching Hospital for urgent treatment but he died before getting to the house. His corpse was subsequently deposited at the morgue after doctors certified him dead.

Pa Yakubu who was about to have his dinner, was thrown in shock after he was informed of what had happened to his only surviving son.

“If I had the premonition that my son would die, I would not have allowed him go out when he received that phone call that made him go to the place of his death. His friends said it was a military man that called him out of the house, but I don’t know who actually called him. I don’t know where to start now, this boy has been very supportive in the family, he has been killed, I couldn’t believe the story which sounded like a movie until when I saw the corpse at the mortuary the following morning. I am finished.” he said

The family was however thrown into further shock when members of a cult group dressed in black came over to their home with claims that Philip was their member and insisted that the family should release his corpse to them for burial according to their norms. Sunday Sun learnt the boys came out in their numbers as early as 8:00a.m and marched to Bingham University Teaching Hospital Jos, where they created a scene as they demanded for the corpse from the family.

The cult group, which was made up of young boys and girls, threatened to unleash terror on innocent members of the public, and even attempted to burn a popular hotel, which is said to belong to the leader of the rival cult group.

To save the day, teams of the Special Task Force (STF) in charge of internal security in Jos and its environs rushed to the area just as the Nigerian police and men of the Department of the State Services were called in to join in restoring normalcy and pave way for the burial which took place behind Government Secondary School, Kabong.