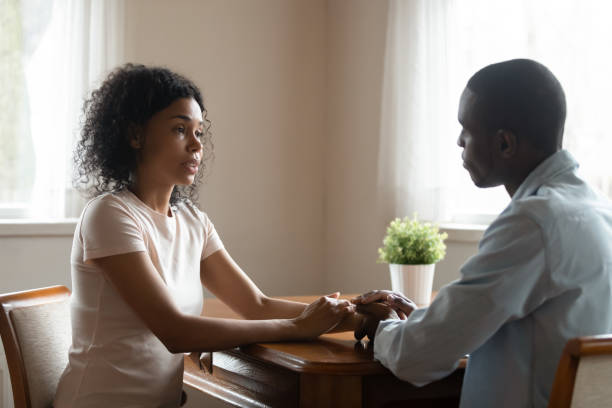 Marriage is an adventure that, in an initial phase, involves two mentally and emotionally mature people. Over time, those involved encounter a series of walls and obstacles that, depending on their ability to resolve them, strengthen their relationship or, instead, weaken it.

The marriages that slowly deteriorate and come to an end, did not reach this point due only to problems external to the couple, but due to several circumstances:

Despite all these causes, there are ways to restore a marriage whose strength has been gradually waning. If this is the reality of your marriage, here are some steps to help restore it.

1. Give yourself time and space

Giving each other space during an unhealthy discussion is one of the best things a couple can do. It also works if you get offended in the middle of a brutal crossing of words. Give yourself time to heal your wounds, to ask for forgiveness, if necessary; but do it.

It is better to choose to walk away if you are about to say something offensive. Breathe and, in doing so, think of a healthy way of saying what bothers you. Remember, time and space can heal wounds when the right time is right and both parties are open to reconciliation.

Frustration in marriage is rooted in the repression of feelings of anger, injustice, rejection, and thoughts that have always wanted to manifest themselves but are kept to avoid major conflicts.

The problem with suppressing these feelings is that it ends up becoming a time bomb, just waiting for the right moment to explode. When this happens, the most terrible thing is done and said, which can cause the relationship to end.

Instead, if you feel you need to express something that bothers you, ask your partner to speak without changing. Think of the best way to express yourself, without offending your spouse.

3. Keep the ego in check

You could say that your ego is a way of protecting yourself from the world around you. It is not bad, but it is also not good, because when you use this “protection”, it prevents your spouse from seeing you as you are.

It is important that your partner knows your vulnerable side; not to abuse you, but to know what really hurts you and what aspects of you are strong. But it must be reciprocal, so you must also be prepared for what he has to say, without judging and without being hurt.

4. Don’t be afraid to take a step towards reconciliation

It is very difficult to recognize the mistakes made. Asking for forgiveness is also challenging especially when you want to take the first step.

The point is that the faster one of the two overcomes fear, the faster the couple will know what to do to correct their mistakes and move on.

Find a way to get closer, to speak, to repair the damage done; but don’t postpone it anymore. This is because as time goes on and problems are not solved, relationships end up fading.

5. Don’t blame each other

A marital problem always has two involved. So, putting all the blame on the other is not healthy for anyone. The sooner both parties recognize their mistakes without blaming each other for what happened, the quicker they will find a way to solve the problem. But of course, it takes a lot of humility to do that.

6. Talk about forgiving, and be willing to ask and grant forgiveness

Asking for forgiveness, as well as forgiving the other, are attitudes that originate in each one’s thoughts. When you consider forgiveness as a way to live free from emotional burdens, you begin to prepare to forgive and ask for forgiveness.

Talking about the problem is not bad for the couple, as it prepares them to fight the battle of giving themselves a chance to move on, repair the damage caused, and never make the same mistake.

When you are trying to find out why your wife said this or did that, you are putting pressure on her and that is often not well received. This will block any attempt to reveal the reason for the problem, which will make it more difficult to resolve the conflict.

What you can do is ask what you did to hurt your spouse. This does not make you responsible for his or her actions, but for your own actions.

It may seem that everything that has been proposed above will lead you to magically solve marital problems, but that is not how it works. These are just the first steps that will only work if you both want to and do your part.

Therefore, the invitation is that, before any scream, frown, or bad attitude, look for a more harmonious way to solve your problems, and these security mechanisms will help you achieve that.