7 THINGS TO BE PREPARED FOR WHEN DATING A MAN WITH KIDS. 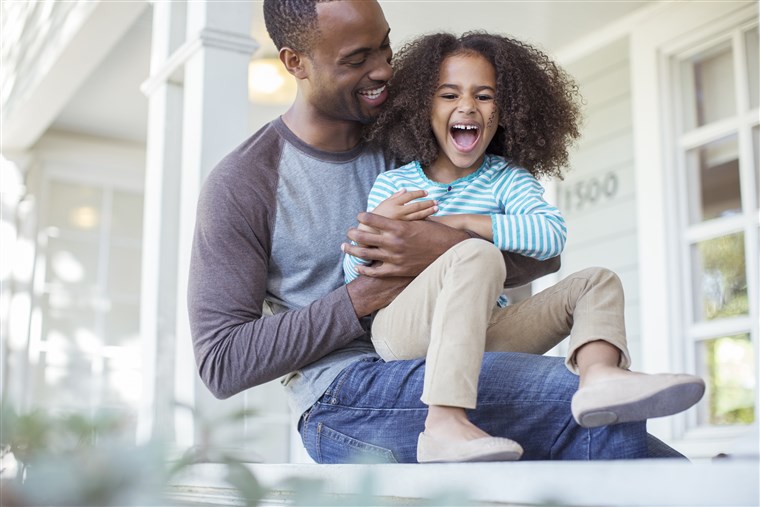 Dating a man with kids. So you like a guy and he springs the “I have a kid” surprise on you. Don’t get up and run from the table just yet. Many complications and uncertainties are natural parts of a new relationship, and they either encourage a couple to get to know each other better or ultimately ends the relationship as a result of incompatibilities.

Dating a single guy with kids adds even further problems in a new relationship. But first, you should know that this guy that you are interested in had a life before you. Dating a man with kids.

A past also means he comes with baggage. While we can’t really call kids baggage, but let’s face it, him telling you he has a kid isn’t exactly a pleasant surprise. You are probably freaking out right now but before you start hyperventilating, chill out a bit.

If you really like the guy, here’s what you need to know and be prepared for in order to date him.

These tips will help you navigate the waters of dating a man with kids.

Dating a man with kids. ARE YOU READY?

First of all, dating a guy with a kid is not the same as dating a guy without. They have different obligations and are not looking for women that would just walk in and out of their life. What he needs is stability.

If you are still in the ‘getting drunk every weekend and spending Sunday mornings sobering up in bed’ phase, then you aren’t ready for him.

So before you agree to a second date with the guy, think seriously about what you want because this isn’t about just you anymore.

If you are the highly possessive and jealous type then this isn’t going to work for you because to him, the kids come first. If you’re on a sinking boat, there’s only one life jacket left and between you and little David, well, you better know how to swim. Don’t even take it personally.

You might not have kids so this might be a difficult pill to swallow but, that kid is literally a part of him. So no matter how your guy loves you, he will always put his child first.

So if you’re reading this and thinking, “Pfft, he always puts me first over his kids,” then you really should stop dating the guy. Would you really want to date a guy that neglects his own kids? What if you had kids with him? Yeah, exactly.

YOU DON’T NEED TO MEET THE KIDS IMMEDIATELY

Let’s say after the second date he wants to introduce you to his kids. Say no.

Remember what was stated earlier about stability? Exactly. If you are going to meet the kids at all, they need to know that meeting you for the first time means that they’ll be seeing more and more of you.

Dating a man with kids. ACCEPT THAT PLANS CAN CHANGE

The minute children become involved, know that your plans never completely turn out the way you plan. Why? Because stuff happens.

If you planned to go to the cinema on Friday night, but unexpectedly the kids come over, well, scrap that date.

What I’m trying to say is that you will need to compromise and accept the things that happen. Go with the flow, or you’ll go insane.

Maybe you are excited about the prospect of playing “mum” but please don’t put the overly excited Mary Poppins type role. First of all, think about how the kids see you. You aren’t their mother so they may look at you as an intruder in their family.

This means that before you go all Sound of Music on them, try to take things slow. Its an adjustment both for you and for them. They might be opinionated or temperamental around you because they are still hurting.

Before you say something that you might regret, remember the reason they are acting that way and take it easy. Don’t force anything. Kids are very emotional and they can sense when you are not being sincere.

So our suggestion is, spend some quality time with each kid and let them ask you whatever they like. You can also sit them down and let them know that you aren’t trying to replace their mum. Basically, you just need to build trust with them.

Now since these children aren’t yours, you’ll need to understand that you have boundaries and limits that can’t cross.

If you are pissed at the kid and swear at him, that’s not appropriate at all. It’s not that you should let the children walk all over you, but maintain your role when or if they challenge you.

You will have to learn how to handle such difficult situations without treating the kid like yours. This is going to be difficult of course, but during these situations, communicate with your guy and he’ll support you.

Dating a man with kids. PATIENCE IS KEY

Handling kids is no easy task, even more so when they aren’t yours. If you find yourself feeling overwhelmed, talk to the man you are dating and express how you feel.

He will understand what you are going through.

All in all, don’t be afraid to take some time to yourself once in a while to de-stress and calm down.

Dating on its own is not easy, and if he has a child, that’s another level. Falling in love with a guy who has a child can be both overwhelming and scary – it’s a lot of serious to handle in a short time. But take it from me when I say that it can open your eyes and heart in ways you couldn’t have imagined. It will be unlike any other relationship you’ll have ever experienced.

But you know you are dating this guy for a reason, so if you are both very invested in each other, he will also support you through this experience. Have no fear.

DATING A GIRL WITH A CHILD? HERE’S WHAT YOU NEED TO KNOW.