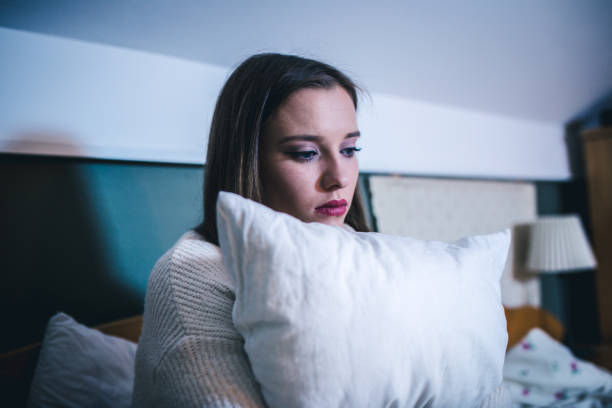 It is common for many women in love to turn a blind eye to very obvious and serious signs that they are not in a healthy and promising relationship. It’s either they turn a blind eye to these obvious warning signs or they keep hoping that their partner would change. The truth is, nobody changes overnight. Your partner can only modify their character and that takes requires a lot of time and patience. If you spot some of these signs, it’s time to rethink the relationship:

1. He does not make it clear to people that he is committed

A partner who loves and respects you will make it known to his friends and the public that he is in a committed relationship. It speaks volumes about his values and how seriously he takes you and the relationship. If he doesn’t take you to dinner at friends’ houses or allow you to meet his family, he probably doesn’t see a future with you. If he doesn’t post your pictures on his social media pages with the excuse that he wants to keep his private life away from prying eyes, it’s a strong sign that he doesn’t value the relationship so much.

2. Has no outlook on life

Ideally, we should have plans, goals and laid out steps towards achieving them. If your lives day after day without worrying about the future it doesn’t speak much about the kind of person he is. If he has no academic and professional plans, it means that he will also have no plans for a life together with you. Our lives should be driven by certain things. If he is merely existing, there’s no guarantee that he is going to worry about a future with you.

3. He avoids talks about marriage

This is one of the major signs that a man doesn’t see a future with you. You have been together for some time now, and yet, have no plans for the future. You keep expecting him to say something or make a move about tying the kids or with him but he doesn’t. When you try to talk about marriage, the future, kids, and more, he avoids the topic and finds a way to cover it up with another story. This is not a good sign and you deserve better.

4. You are very incompatible

Compatibility is important in every relationship. When it is absent, the relationship may not go well. You may even be in love, but it is clear that you do not have much in common. You have different lifestyles, including your way of looking at responsibilities, and looking to the future. Even their religious beliefs are incompatible. A lot of things just don’t fit in. It feels as if you are trying so hard to make things work. There’s no need to wait around for long, you both are simply incompatible and the best thing to do is to walk away.

5. You are not his priority

A man who genuinely loves you will prioritize you over many things. He values and appreciates you and wants what is best for you. If he gives his friends priority and leaves it a little time aside for you, it is a sign that bachelor life, parties, and possibly flirting are something he still wants to maintain. That may not be the kind of man you want, thus, the need to walk away from the relationship. A man who prioritizes you should make enough time for you and respect you as well.

6. His attitude is worrisome

You are very uncomfortable or scared by some of his behaviors, such as aggression, lies, dishonesty, coldness. This is a very serious warning sign. If he is like this during courtship, it will be much worse after marriage. It is common to have an argument or other from time to time, but if the fights and arguments have become routine, you should end things and move on with your life.

What is a relationship without trust? Because they have been betrayed before, or have low self-esteem, or because they are unfaithful does not mean he should be suspicious and jealous.  Such an attitude may end up turning the relationship into a hell of accusations and demands. If this is the case, prioritize your mental health and peace of mind and walk away in one piece.

Stop deluding yourself by saying it is just a phase and your partner will change. He is just wasting your time and if you value yourself, move on. If you have been together for a considerable time and he does not progress, it is because he is not engaged in this relationship and sees no need to improve his behavior. Don’t waste your time. You will find someone who can love and value you. You are valuable and should be treated as such.