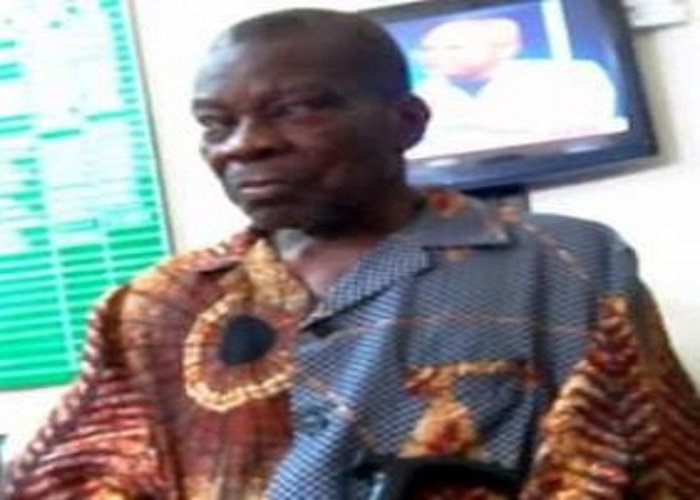 A 71 year old man has been arrested in Nsit Ibom Local Government Area of Akwa Ibom state after he killed his 60yr old wife with a machete. The man, Ita Daniel Okpo (pictured), from Mbiokporo village, attacked his wife, Alice Ita Daniel, with the machete while she was sleeping. The machete is now with the Police at the Force Headquarters, Ikot Akpan Abia.

Narrating the story to newsmen yesterday Tuesday, 16th June, the Assistant Commissioner of Police, State Criminal Investigation Department, Mike Okoli, said the deceased was sleeping when the septuagenarian husband attacked and hacked her.

The photos are horrific. Read the rest of the story and see the photos after the cut… 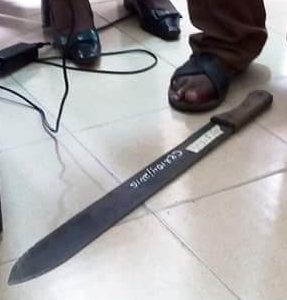 “This man, Ita Daniel Okpo, in a most wicked act, slaughtered his wife with a machete and we arrested him. When asked, he admitted to killing his wife but said the late wife, Alice, always quarreled with him and that she was the first to carry machete. Gentlemen, but our findings revealed that the woman was sleeping when she was hacked to death”,

When asked, the man admitted to killing his wife but said he took the action after finding out his late wife was sleeping with other men.

“I regret my act, but I was forced to kill her because it was too much on me. In fact, at a point, she openly told me she would rather kill me than to stop sleeping with these men. To match words with action, she had been fighting me several times. So, on that fateful day, while we fought, I killed her” he said

The ACP said the man will charged to court. 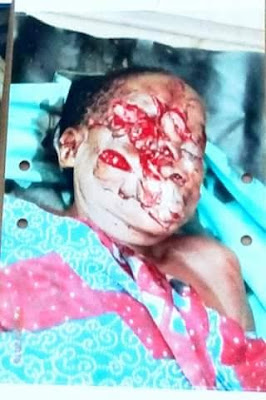 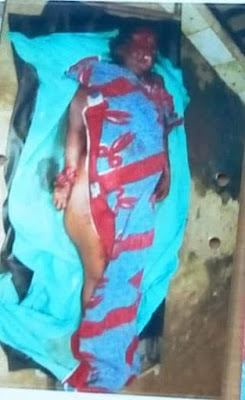