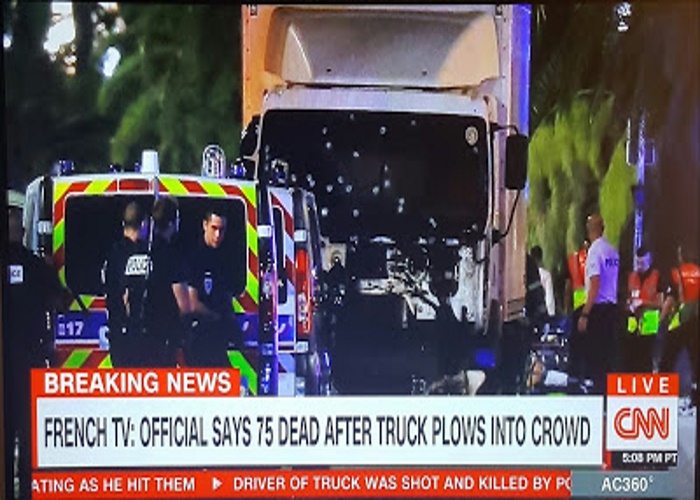 At least 75 people have  been killed and 100 injured in Nice, France few hours ago when a gun man driving a lorry started shooting into the crowd of people celebrating the Bastille Day (French Independence day)  national holiday. An eye witness said he got out of the truck and started shooting at people, got back into the truck and plowed into the crowd killing several other people. The lorry on Thursday night rammed into the crowd on the Promenade des Anglais seaside walk in the centre of town. At least 100 were wounded in the attack.

“I was enjoying the Bastille Day fireworks just like thousands of other people at the promenade in Nice,” he said. “I was just walking back after the fireworks had finished. I looked towards the truck and I thought it was a bit odd, because the roads were shut down and there were hundreds perhaps thousands of people walking along. “But then from the direction of the truck, I started hearing screaming and then people started running. And so I joined all those people in running away from there.”

The driver drove for over 2km plowing into people in his way. Eyewitnesses said he drove 30 to 40 miles per hour into the crowd.

The driver was eventually killed by the Police squad. The truck was said to be loaded with arms and grenades.

The death toll was initially 73, but it has increased to 75 dead. 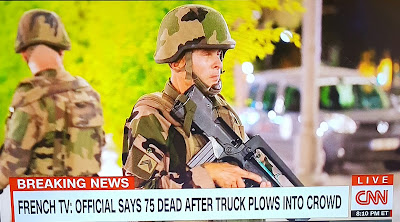 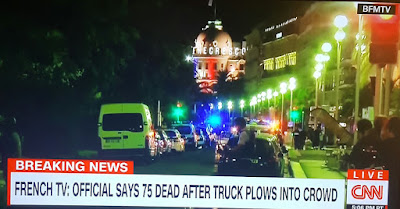 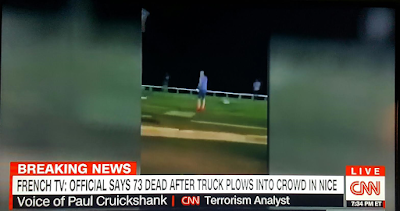 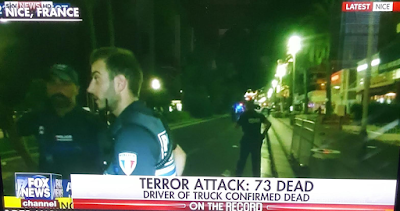 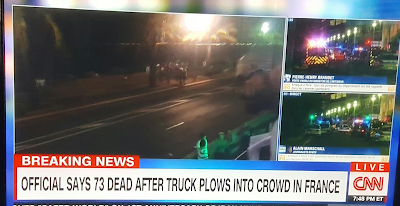 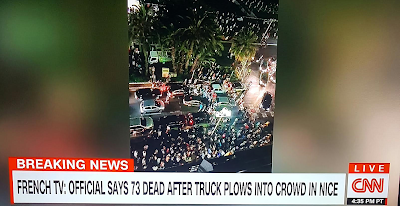