8 Unexpected Changes to a Woman’s Body After Childbirth 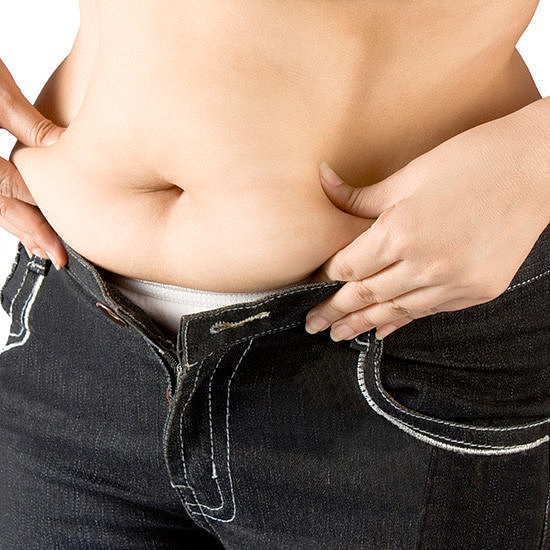 Changes to a Woman’s Body After Childbirth .The journey through pregnancy and childbirth can be one of the most empowering experiences a woman goes through during her lifetime. The process of giving birth allows her to trust the strength and ability of her body and while it can be a huge pain, literally, the intense pleasure and joy she feels when her baby is born always obscures the pain the woman goes through.

But while everyone talks about the beauty of new life, there isn’t much talk about the changes that a woman’s body goes through after childbirth, something that many women are absolutely terrified of.

Childbirth can completely transform your body in weird and sometimes not so wonderful ways, and while some of these changes go away after birth, quite a few of them, much like your new baby, are here to stay.

From permanently larger feet to vaginal discharge, here are some of the body changes that happen after childbirth that women are afraid of.

One of the very obvious changes a woman experiences during her pregnancy and after childbirth is the extra pounds she will put on. Some women who may have been blessed with a great metabolism and small bone structure before pregnancy will find their metabolism slowing to a halt and their body increasing in size.

Research shows that 1 in 4 women hold on to more than 5kg of extra weight even up to a year after giving birth. It might not seem like much but imagine repeating the process of childbirth for 3 to 5 babies and you’ll see the weight continue to pile up significantly without going away.

For those women who have always been proud of their small petite breasts, this change is usually hard to live with. While it’s true that changes to a woman’s breasts depend on the individual woman, more than one-third of women accumulate fat in their breasts after childbirth, as the body prepares for breastfeeding. Changes to a Woman’s Body After Childbirth.

To make matters worse, this accumulated fat causes the breasts to sag, an occurrence that is every woman’s nightmare because once the breasts sag, they will not perk up again.

3. Changes in the vagina

If you consider the dimensions of a newborn baby’s head, it shouldn’t be hard to imagine how it affects a woman’s vagina. Of course, the vagina will contract back to almost its original size but it shouldn’t come as a surprise that many women will still have a permanently wider vagina after childbirth.

So many factors could contribute to this though such as the type of delivery, being overweight, genetic factors and the size of the baby, to name a few.

The process of childbirth or vaginal delivery can weaken the muscles a woman needs to control her bladder and can even damage bladder nerves and itssupportive tissue resulting in a lowered pelvic floor which in turn puts the woman at risk of losing control of her bladder; otherwise known as incontinence.

A little sneeze can send a woman peeing on herself without being able to control it. Not only is it uncomfortable, but it can also be downright embarrassing.

Changes after childbirth can also include the darkening of a woman’s face, stomach and even areolas which could remain permanently after childbirth. Researchers say this happens because of increases in estrogen levels which causes the central part of the woman’s face to get darker or cause brown patches to color her face.

In addition to this, women also experience stretch marks which are scars that occur as a result of the skin tearing and expanding from the huge increase in weight and which may never go away.

The good news is stretch marks can get lighter over time or even fade out in a few years but if the woman gets pregnant or gains weight again, its bye-bye smooth skin.

This is simply known as a rise in a woman’s blood sugar levels during pregnancy which develops in about 10 percent of pregnancies in the US. One might think that this risk of diabetes ends when the woman gives birth but unfortunately almost half of the women who developed gestational diabetes are at risk of developing type 2 diabetes after childbirth or later in life.

In some cases, the women may be aware that they are at risk if they have family members that have it but there are cases of women without any family history developing diabetes after childbirth.Changes to a Woman’s Body After Childbirth.

Quite a few women notice swollen, painful and blue veins, also known as varicose veins, on their legs, vulva and even in their vagina. When these veins occur in the anus, they become hemorrhoids.

The heavyweight and pressure of the uteruswhich reduces blood flow from the lower part of a woman’s body during pregnancy is the main cause of varicose veins and if you don’t exercise regularly, eat lots of high fiber foods to avoid constipation and drink plenty of fluids, chances are you’ll be putting yourself at risk of these two extremely uncomfortable conditions.

Another lasting change that freaks out so many women after childbirth is the ultimately permanent change in their bellies. This happens when the muscles of the stomach separate creating ugly gaps between the muscles.

This separation happens at the later stages of the pregnancy as the skin and muscles stretch to accommodate the growing belly and research shows that about two-thirds of women will still have these separated muscles, which look kind of like wrinkled asphalt even up to one year after childbirth.

In addition to the list above, a woman’s body will experience so many other scary changes once she gives birth, from a diminished sex drive, a slightly larger uterus to even wider hips but as terrifying as these things may seem, it hasn’t stopped women the world over from having their adorable little babies.

3 Body Changes After Childbirth Women Are Scared Of