8 years after their £25m divorce Phil Collins back with 3rd ex-wife.

Legendary singer Phil Collins, 64, is back with his 3rd former wife, Orianne Cevey, 8 years after he divorced her in one of the most expensive divorce settlements in the UK entertainment world at the time, topping the £24.3m Paul McCartney paid to Heather Mills after their split. He paid Orianne £25m in 2008 in a highly-publicized divorce.

The couple married in 1999 and had two children. They separated in 2006 and officially divorced in 2008 saying they had “grown apart”. But Collins has now revealed they are back together and even living together in Miami with their sons, Nicholas, 14, and Matthew, 11. 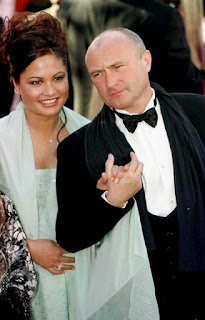 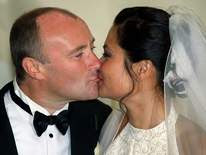 Collins revealed he had bought a house in Miami where Orianne and their two children live. He told Billboard magazine: “I’m actually back with my third wife – I haven’t really talked about it. We’ve been together for a while, and nobody’s noticed.”