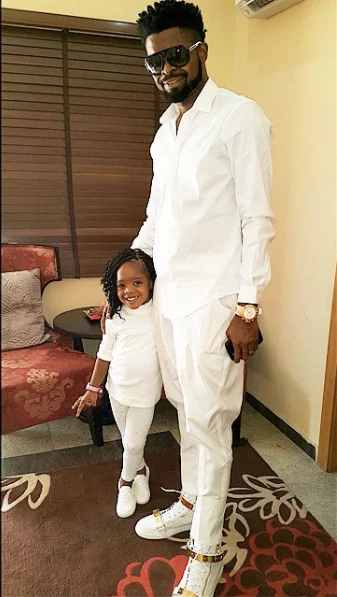 Bright Okpocha, better known by his stage name Basketmouth, is a Nigerian comedian and actor.

Basketmouth is married to Elsie Uzoma Okpocha and the couple have two children, a son, Jason Okpocha, and a daughter, Janelle Okpocha. The comedian’s daughter looks so much like him and she is absolutely too cute for words on Instagram. Baasketmouth is not one to shy away from showoff is cute baby. Here are nine times we fell in love with her.