9 Mistakes Women Make While Trying to Win a Man 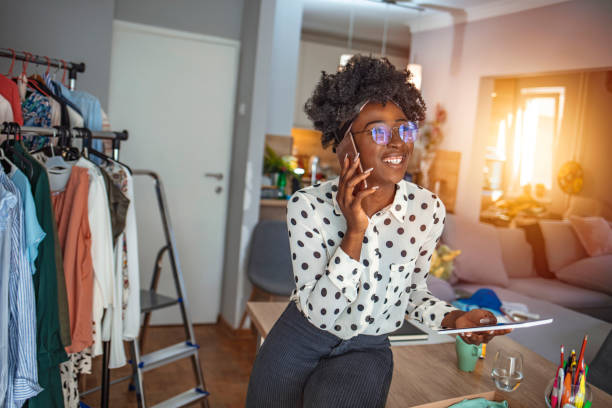 Just like men, women also make moves to win a man they are interested in. We adopt certain strategies or tactics to attract men and hopefully, start a relationship with them. While this is encouraged, some women often go overboard and do some nasty things all in a bid to win a man they love. These can ruin their chances of being with such a man. Some of these mistakes women make while trying to win a man include

1. Using Sex as a Weapon

Many women do this and it is completely wrong. Do not make yourself a sex object or make a man look like he is a sex freak. A woman needs to keep in mind that her image is like a magnet that attracts exactly the type of man interested in the message that her image conveys. If the message draws attention to your body, it will attract shallow and hollow men.

A smart woman uses the mind, not the body, and knows that its beauty is much more a reflection of its content than of its appearance. Shape, body, or sex can bring temporary satisfaction, but it is the content that makes a relationship fulfilling and endears you to a man.

2. Imposing Your Decisions on Others

It is one of the most unpleasant and irritating things in a woman’s behavior. Nobody likes to take orders. Men run away from women who force them to change their habits. It is true that some bad habits like going out with friends and leaving you alone need to be improved, but not by imposition.

If you value your relationship, know that trying to impose yourself or control your partner can ruin everything. If you ever met him like this, you’ve seen that he has unpleasant habits, you can help him improve but not forcefully.

Yes, a woman who is trying to win a man should be smart. Being smart does not mean you should care less about your looks. The way you look is important because no man wants to be with an unkempt lady. You have to maintain your looks. Your body is a precious divine gift that must be well cared for, protected, and preserved.

If you don’t take care of yourself, you show that you don’t respect yourself and don’t like yourself (even if you think otherwise). Take good care of yourself. Dress well and smell nice. Wear good clothes, buy and use a good perfume and plait nice hair.

A vast majority of men hate sticky women. Take it easy. It is not by having an obsessive behavior that you will guarantee his “possession” not least because he is not a commodity. You must win him, not kidnap him. Give him a breathing space. He has a life outside the relationship and has other things to take care of.

He has a career, friends, and family he needs to catch up with at some point in time. It’s understood you may want to spend time with him but doing that at his own expense is a no-no. With time, he will get tired and starts to see you as a hindrance or a bug.

Only weak or immature men accept such behavior. Unless you want a slave instead of a mature and determined man, expecting him to lick your feet does nothing to contribute to a balanced and fulfilling relationship. You are not a trophy to be won or gold to be dug.

A relationship is more like a partnership and should be mutual. Both parties should benefit and help each other grow. Don’t make it look like you are doing a man a favor because you are not.

Every woman needs to overcome shyness. It holds most people back and stops them from getting what they want. Shyness denotes insecurity, which in turn is an indication of immaturity. There is absolutely nothing wrong with being the one who will take the initiative to approach a man you like.

Although many people tend to think it is wrong, it does not make you less of a human. You and simply going for what you want and that’s all that matters. If you don’t go for a man you like, someone will and that can eventually mean missing out on a great opportunity, perhaps even a marriage that could be eternal. Overcome your shyness and grab the bull by the horn.

7. Disregard for the Golden Rule

The rule that says “treat others as you would like to be treated” is an effective practice capable of bringing rewarding results when applied properly. Don’t expect him to treat you like a queen if you don’t treat him like a king. Treat him well, respect him, and be nice to him. You don’t have to wait for him to take the initiative first.

If he needs something that you have or can help him get, then go ahead and help. If you want to be treated with so much respect, respect him, and respect yourself too. Reciprocity is everything. Don’t always expect him to do things for you, you should also do things for him.

Men want more than a curvy body and a glass face. They want someone smart, savvy, and can think fast and bring something positive to the table. Smart and industrious men won’t come for you if your intellect is not up to theirs.

Raise your standards. Go beyond having a pretty face and nice curves. Earn a higher degree or advance in your business. If your standards are high, you will attract men with similar standards. They will give everything to have you because you will add value to them.

Jealousy is the biggest plague of a relationship. Nobody likes to be choked. Anyone who has ever had a jealous partner knows how depressing it can be. Unless you want a quick shortcut to being alone, try to love yourself as much as you love your man.

Analyze your feelings and the possible causes of your insecurity, then analyze your relationship as it is and how you would like it to be. Then talk to him and try to reach a solution.

These are major mistakes women make while trying to win a man. Do away with these things and you will see yourself having a happy relationship with the man you love.