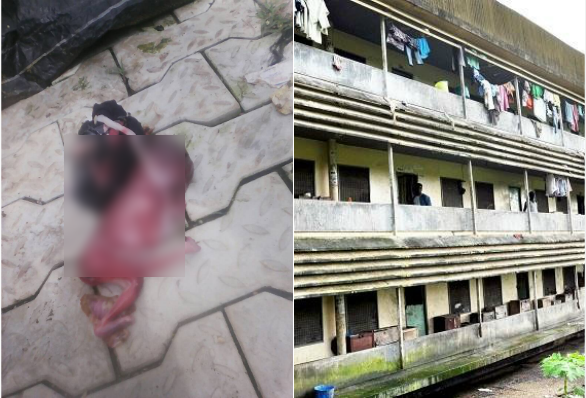 According to a forum user, Deejay777, an aborted baby was found in a hostel in Federal University Oye Ekiti!

According to him, one 100 level student was later found bleeding in her room and has been rushed to the hospital!

Here’s what he wrote;

Early dis morning, an aborted foetus was discovered by cleaners at fuoye hostel. it was found in inside nylon dumped inside d incinerator. The heart of man is wicked, d cleaners said dis is not d first tym dey re seeing such bt dis is d biggest. D foetus was deduced to b 4 months or so, the suspected mother of d baby was found bleeding in her rum nd has been taken to d hospital to receive medical attention

Check the Graphic Photos Below