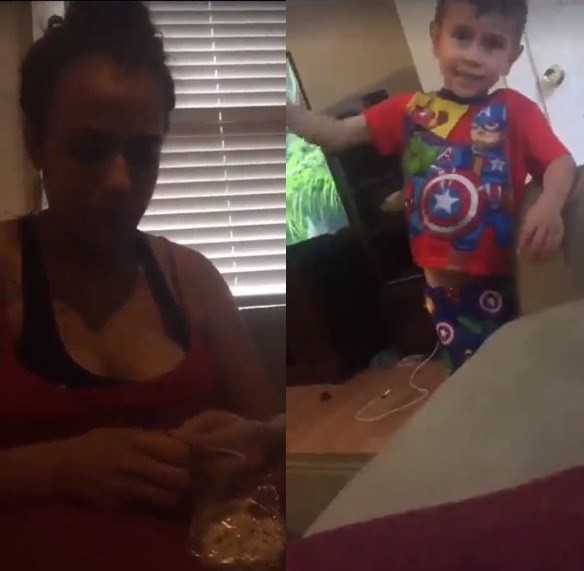 A disturbing video showing a mother feeding her 3-year-old son with Marijuana edible has emerge on social media.

The woman identified as Dezzi Aviles from Durham in North Carolina posted a Livestream with her 3-year-old son, and she appears to be feeding the boy a Marijuana edible Rice Krispy treat.

The video started with Dezzi holding the Rice Krispy treat, before saying to the camera “I think I’m going to give him some of this.” The little boy immediately refused the treat, but his mother who then insisted breaks a piece of the Marijuana edible and gave him to eat.

The moment after he put the treat in his mouth, he started screaming, while the camera was off him but his mother was seen laughing at him.

Dezzi is later heard in the video saying to her toddler son, “It’s ok you still got the amount needed. It’s going to hit you soon.”

According to reports, the disturbing video has been sent to the local authorities.