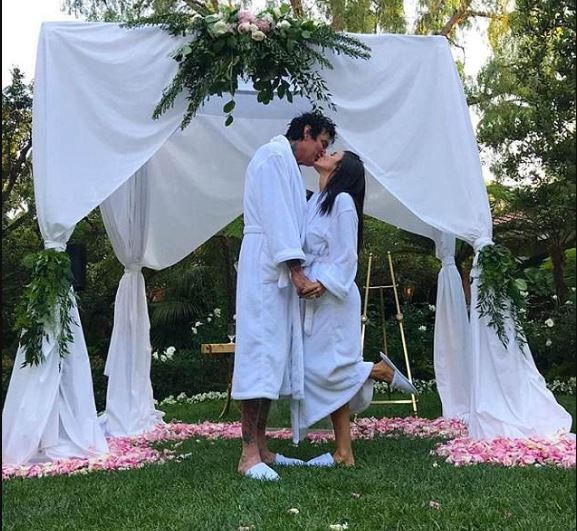 The celebrity couple got married at a private ceremony which held at the lush Beverly Hills Hotel, on Sunday afternoon. The pair said their wedding vows clad in matching white bathrobes and slippers.

Taking to Instagram, Tommy shared a photo picturing himself and Brittany sharing a passionate kiss underneath a stunning canopy, with bright pink flowers and greenery surrounding them.

Tommy captioned the sweet photo, ‘Did it, I do A LOT,’ while Furlan wrote on hers, ‘BEST.DAY.EVER.’ 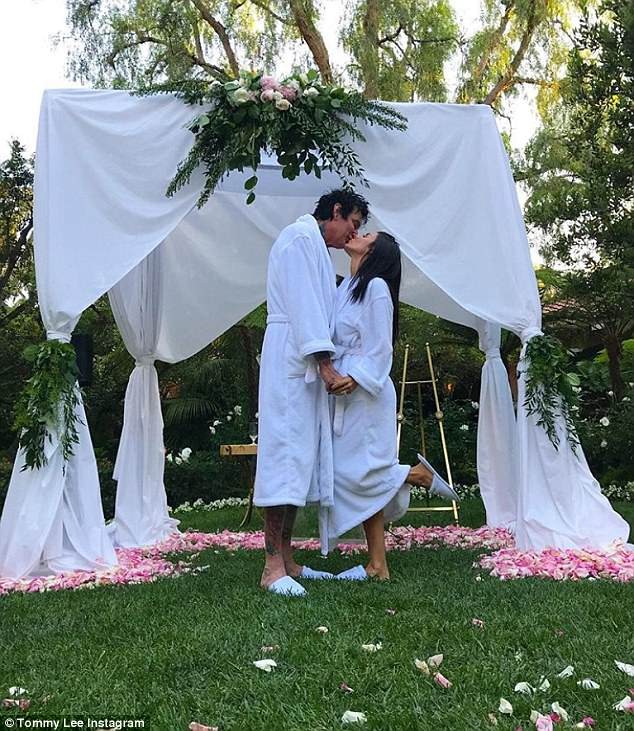 This is the fourth marriage for the Greek-American musician, who was previously married to model Elaine Bergen before marrying Melrose Place actress Heather Locklear.

He also married Baywatch actress and Playboy model Pamela Anderson in1995, but the marriage crashed in 1998 after two children together.

They later got back together for a few years after their official divorce, and still, the pair called it off for good in 2008.