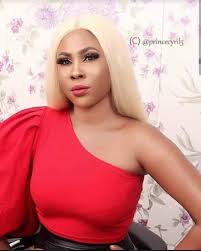 Actress, Chioma Nnaji shared this on Instagram. She said,

“When I started acting 10 years ago, I told myself that I would not act bedroom scenes. I also said I won’t kiss anyone but as time went on, I realised that it was affecting my career. If one decides not to do any of those things, one would be seen as a hypocrite. When I voiced my concerns to a producer, he recommended some foreign movies for me to watch. Kissing someone on set is not a big deal, provided that the person is neat. Bad breath turns me off. The first person I kissed on set was Ramsey Nouah but it was just in one scene.” – Charity Nnaji