Actress Hadiza Gabon Denies Knowing Man Who Sued Her For Refusing To Marry Him After He Allegedly Lavished N396,000 On Her 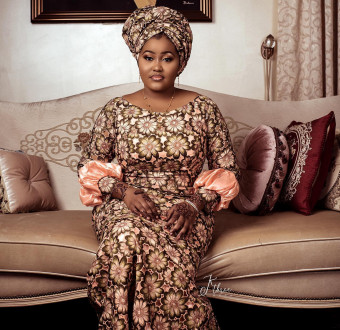 Kannywood Actress, Hadiza Gabon, has denied knowing the 48-year-old civil servant who dragged her court for refusing to marry him after he allegedly lavished N396,000 on her.

The man, Bala Musa told a Sharia court in Kaduna that he and the actress had been in a relationship and she promised to marry him but the actress who appeared before a Sharia Court, Magajin Gari Kaduna, on Tuesday, June 14, 2022 told the court that she doesn’t know the man in question and had no relationship with him whatsoever.

Speaking through her lawyer, Barrister Mubarak Sani Jibril Gabon denied the allegations levelled against her.

“After hearing his allegations, she actually gave her own response and according to her, she has never met him, she never knew what happened. He claims he met her via her facebook page, so, we don’t know anything about that; we have no business with that, we have heard of him, we will allow the court to decide.” Mubarak said.

A lawyer to the complainant, Barrister N. Murtala, said

“They met on Facebook, from there they became friends and the lady promised to marry him and he started spending money on her. She denied knowing him, but we have informed the court that we are going to bring witnesses on that,” he said.

He explained further that they did not oppose her bail because the offence is bailable.

The judge, Khadi Malam Rilwanu Kyaudai, adjourned the case to June 28, 2022 and granted her bail with the condition to provide two reliable sureties residing in the state.