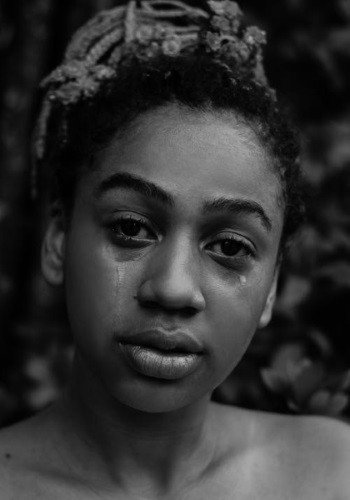 I had a very challenging childhood as my parents under no circumstances wanted to talk about my adoption and would get very very uncomfortable if I brought it up and sometimes very upset and start screaming if I talked about finding out more about my biological parents. They would always say things like “aren’t we enough” “they deserted you and we raised you”. My adoptive dad also have anger issues and would yell at me a lot so we have a strained relationship but he tries to stay close. My adoptive mom on the other hand is always calling me and wanting to stay in my life. They are really nice have a tendency to be angry and guilt trip me a lot into doing what they desire.

When I was 18 I made a decision to find out more about my biological parents. I searched for them making use of a number of documents I found together with the help of my friend. I later discover my biological dad which confused me as they said that he abandoned me and didn’t want nothing to do with me. I told my adoptive parents, they yelled at me and scared me so much and said that my biological mom put whatever name she could think of on my birth certificate and that he did abandon me and that i was horrible for doing this behind their backs and that they should be more than enough for me. They forced me to promise never to reach out and that he was not infact my biological dad.

I did what they said and didn’t contact him because I believed them. When i turned 20 I chose to look him up again, i found his Facebook page saw that he posted birthday posts on my birthday wishing me a happy birthday and a few other posts about himslef which somehow tally with what my adoptive parents have told me i the past. Could it be that they know him too, I thought. This felt like enough information so I reached out to him.

He was overjoyed and very delighted and too emotional to talk. After texting back and forth for a copule of weeks asking him a lot of question about my adoption, we decided to meet in person. Our reunion was very very emotional, we talked and talked for hours.

He told me that he was not told he had a child and that he only discovered that he did but the adoption had allready taken place. He petitioned for a paternity test, it came back positive however they did not give him custody as i was just 13 months. He was heart broken and tried to set up visitation but my adoptive parents denied him and in the proces they moved out of the area and lust all contacts and links with them. He howevr told me he never at anytime stoped looking for me.

I felt so betrayed and disgusted with my adoptive parents and feel as if they delibrately kept me away from my biological dad. I don’t know how to move past this.

I found out who my biological mom is. I was told she passed away a few years ago. She commited suicide. My biological dad said that she was forced into the adoption because of her mental charlenges. I’ve been so angry and heart broken from the moment of finding all this out.

I confronted my aduptive parents,at first they both denied it and told me he just wanted money (he never asked and all he wants is a relationship) but eventually my aduptive mom told me everything. How they they wanted a baby for so long after dealing with infertility and how they did not tell me the truth about my biological parents because they do not want to lose me. They are also still aren’t supportive of my close relationship with my biological dad.

I am not sure now how to move forward.

I have met my biological dad’s wife and their 2 children ages 13 and 10, who have accepted me into their family and are both wonderful people.

My adoptive parents are still constantly calling and leaving either rude messages or guilting me and making me feel bad for doing this. They do reached out to me but only to call me names and tell me what a horrible person i am. I have no idea what to do now. I can’t get over all these feelings of being taken and kidnapped and denied a relationship with my biological dad.

I can not also abandon my aduptive parents just like that, they are the ones that took care of me,they raced me. They are the only one i know even though i recent both of them at the moment.
Naijaparents, what should i do? Please help.