After her boyfriend cheated with her bestie, Nigerian lady excited she finally won when he engaged her 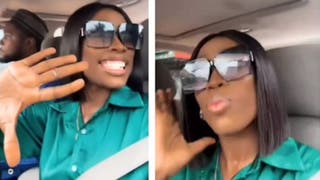 A Nigerian lady has shared a love story about forgiveness taking centre stage after cases of infidelity.

She claimed that she forgave her boyfriend after he cheated on her with her former best friend.

According to the young woman, she had also found out that he had affairs with two other girls.

Despite the chronic cheating behaviour, she still agreed to marry him when he proposed to her.

She shared the shocking story in a video recorded with her fiancé as they were heading out together.