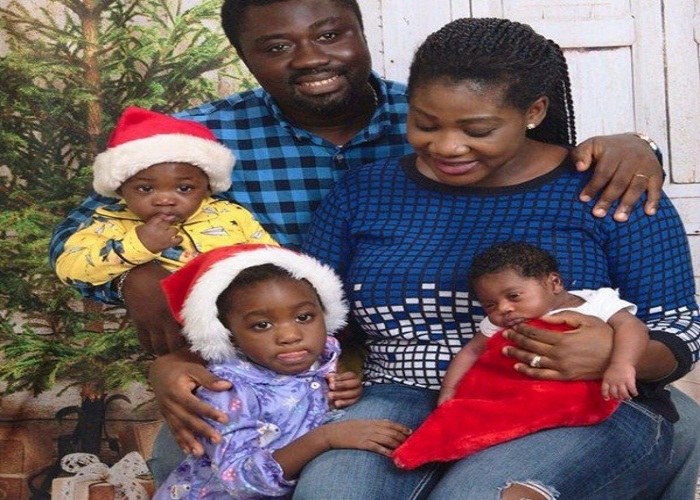 Nollywood star actress and mother of three, Mercy Johnson Okojie and her family have returned to Nigeria, from Maryland USA where she has been for about a year now.

The mother of 3 kids who is married to Edo Prince Okojie, relocated to the USA after the birth of her second child, a boy and she immediately took in again for her third child.

She put to bed early this year, precisely January when she had her third child and the talented actress rapidly shed a lot of weight. She returned to Nigeria with her family few weeks ago and she is currently on set, after a year long break.

Its going to be her first movie appearance after the long break and she is definitely looking so fresh having spent several months in the US.

She is back to her old slim but curvy self and she is said to be playing a lead role in the movie titled Share My World produced by Amobi Joseph.

The actresses featured in the movie are currently camped in an undisclosed location in the east and the movie features other acts like Amanda Ebeye, Junior Pope Odonwodo, Uche Ebereagu, Eniolorun Susan, among others.

Mercy was said to have arrived a day after the shoot kicked off and she is playing the role of Cheta in the movie.