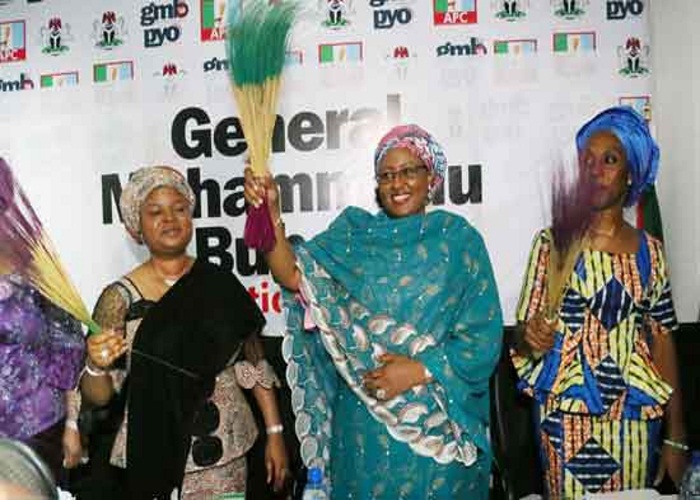 The wife of the All Progressives Congress Presidential Candidate, Aisha Buhari, has condemned the repeated bashing of the North by the wife of President Goodluck Jonathan.

Patience Jonathan allegedly described the region as an enclave of beggars and unwanted children.

Mrs. Buhari said the description coming from someone who ironically campaigns for votes in that region is an indication of a hidden agenda, adding that the people of the North should, therefore, reject the Peoples Democratic Party and its presidential candidate.

Mrs. Buhari promised Kano women that her husband and the APC will be faithful to their electoral promises, and also will initiate programmes that will make women self-reliant.

“With General Buhari in power, the spate of kidnapping and reckless assassination of innocent people will be history in Nigeria.

With General Buhari in power, the nation’s depressing economy will be rebounded in line with the expectation of the citizens and world best practices,” she said.

Mrs. Buhari said she was in Kano to canvass the support of women knowing their role as important pillars in winning election the world over, saying it would be a disaster for any politician to ignore the vital role of women.

She stressed the need for women to exhibit courage and fighting spirit, just as she urged them to make themselves available as foot soldiers during the election.

Mrs. Buhari advocated for more freedom for women in the North so that they would be able to engage themselves in productive enterprises like their counterparts in the Southern part of the country.

She commended the Kano State Government under the leadership of Rabiu Kwankwaso for its giant developmental strides, particularly in improving access to education.