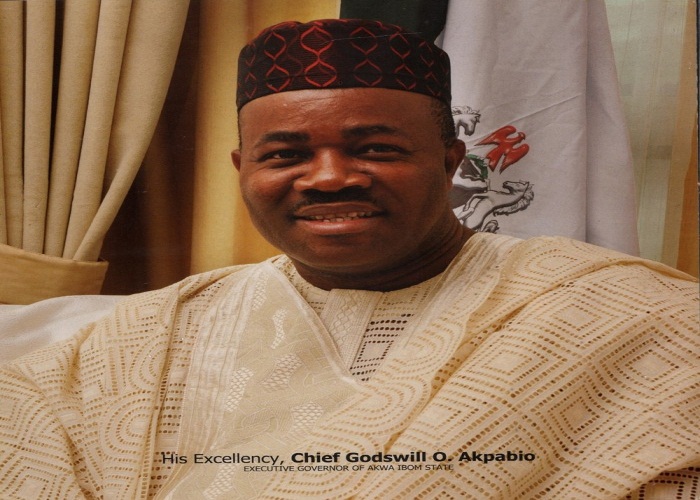 Akwa Ibom State governor Godswill Akpabio has declared that the presidential candidate of the All Progressives Congress Muhammadu Buhari is not too old to lead the country if he is healthy enough to do so. However, he noted that Nigerians will not allow Buhari to use an old trick to deceive them.

Speaking at a strategy meeting of the PDP governors in Lagos, Akpabio said: “We are aware that some people have complained about the age of General Buhari. But we do not see anything wrong with his age if he thinks he can withstand the rigours of the job.

“But, we are extremely concerned about the age of his ideas. We are concerned that a man who could not take charge when he was in his 40s but rather bequeathed, to historical infamy, a regime named after two people (Idiagbon/Buhari regime instead of one person as has always been the case) cannot take charge at 73 when his health would need constant monitoring.

“We are concerned about the age of his ideas because 50 years after the first coup, hinged on fighting corruption, Buhari is still thinking of using the same subterfuge to deceive us today. We dare not allow anyone to use a 50-year-old trick to destroy our democratic values. We are wiser today.”

The governor also cited what he claimed as contradictory positions by the APC on the Boko Haram insurgency, saying the party has moved between accommodating the group and pushing for its extinction.

“When the Federal Government was contemplating negotiating with the dreaded Boko Haram group, Boko Haram nominated Gen. Buhari as their chief negotiator. The APC is like the man who set his seat ablaze in the theatre, and ran out screaming, ‘fire, fire, fire.’ But God has intervened, and we are defeating Boko Haram.

“Despite the antics of the opposition and others sympathetic to Boko Haram, the President and Commander-in-Chief of the Armed Forces, Dr. Goodluck Jonathan, and indeed the military have been able to rise to the occasion by decimating insurgents and restoring hope of a peaceful North-East in particular and Nigeria in general.”

Akpabio also faulted the preparation of INEC for the elections, warning that no voters must be deprived of their rights to vote on account of what he described as the failures of the card readers.

“We reassert that on no account should any registered voter be disenfranchised for non-possession of PVCs owing to no personal fault or rejection by faulty card readers.”