ALL THE RIGHT REASONS WHY GIVERS NEVER LACK 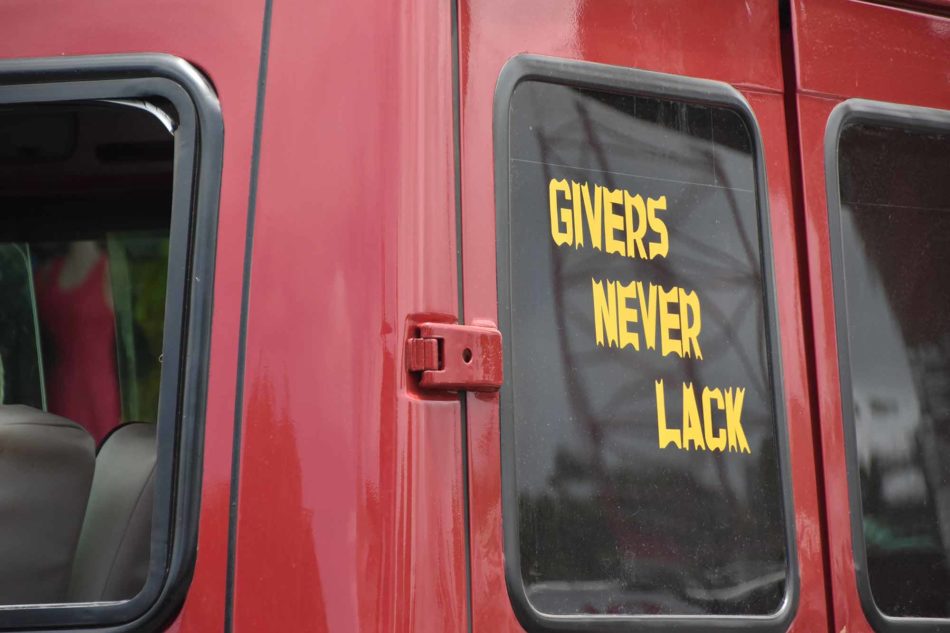 WHY GIVERS NEVER LACK.Everyone at one point in their lives has heard the saying, “Givers never lack,” and some have scoffed at it while others believe it to be true. And it is true. Sharing is always a way of showing you care and it makes sense that if you see someone else in distress and you have the capacity to help them, why not?

Help if you can and never concern yourself about a thing when you give, and when you do give, do it without thinking or worrying about whether or not you are doing the right thing.

It is amazing to be kind, but not many people are born this way. Being able to give to someone else willingly feels like a burden to some people. When they are asked for something, their go-to response is always, “Erm….Ummm,” and they walk the path of life taking for themselves, never sharing with anyone else.

This mentality is not only wrong, it’s downright sad, because the way the world works, you reap what you sow.

Being included among the people labeled as generous is certainly a good thing but its more than that. Don’t give with the intention to pressure the other person.

Did you know that kindness and generosity actually build character? It teaches you the value of boomerang positivity, kind of like an investment. If you were a farmer and you plant terrible seeds, what do you harvest? Terrible trees!

But what happens when you plant good seeds, nurture them with the right amounts of water, sunlight, and fertilizer? You not only harvest good crops, you yourself are all the stronger and more resilient for it.

Not to mention this sense of joy you feel when you give or plant or invest. If you’ve never felt this way, then you’ve never truly given from the bottom of your heart.

I believe we all know the woman called Oprah Winfrey. Once upon a time, she gave away items on her televisions shows. Now some people would say she did it all just to promote her show or that all the things she gave out didn’t come from her pocket but from sponsors. Sometimes, just sometimes, the, why you give, doesn’t matter, it’s the how you give that does.

Maybe you don’t know this but people are always led by examples. The simple fact that Oprah and her team did those things would have inspired someone somewhere to do the same, it would have tugged at the heartstrings of some of her viewers to follow her example or sparked someone into a random act of kindness like paying someone else a compliment, babysitting for a friend, smiling at someone or maybe even just something as simple as letting someone go ahead of you in line – yes my fellow Nigerians, you don’t have to fight to get to the front of the queues all the time.

If by doing something no matter how small or big can prompt someone else into helping others, then God has used you for the greater good, and that is a wonderful thing.

Let’s take a quick look at the act of tithing. It is the responsibility given to Christians as acts of faith. It doesn’t matter what the tithe is used for, don’t concern yourself about whether the pastor just bought a new car or built a new house. The important thing is that you gave…and you gave from the bottom of your heart, from the much or the little that you had to give. You gave.WHY GIVERS NEVER LACK.

Behind this simple act, there is a large spiritual importance. What you gave, be it money or otherwise means nothing to God, what matters is the faith behind your actions and like a boomerang, you will be blessed abundantly.

There are so many ways that you can give and it isn’t always only about money, it could be your love, your time, or any type of assistance and act of kindness, not because you have to but because you want to and its simply the right thing to do regardless of whether you know the person or not.

For example, there’s this story I heard a few years ago. There was a woman living with her children in Apata, Ibadan. One Sunday evening while she was home alone with the children, her door was suddenly kicked open by three armed robbers who rushed into the house, demanding money, guns in hand because they had heard that her husband had traveled abroad. One of them even threatened to rape her 11-year-old daughter if she didn’t bring out the dollars she was supposedly hiding.

The woman burst into tears and prostrated on the floor, she told the robbers that there was no money. Through her tears, she shouted her frustration about how her husband had abandoned her and the children, how she could barely feed the children, how she was owing three months’ rent, and how terribly they were suffering because her husband’s family were always monitoring her and yet refused to help her.

The robbers realized by then that they were in the wrong house, and decided to leave. However, one turned back right before he reached the door, pushed his hands into his pockets and pulled out a quite a few thousand naira notes and threw it on the floor in front of the woman. And they left.

Of course, I’m not saying it’s good to be an armed robber, the point is, giving comes in different forms and vessels. That money saved that woman from grief and so can you.

Look at it this way, when you lack, it means you need something or someone and can’t find it. But when you are a true giver, you wouldn’t lack in the true sense of it. Why? Because, a true giver influences the lives of others both directly and indirectly and when your turn comes, no one will turn a blind eye to you.WHY GIVERS NEVER LACK

HOW PASTORS ABUSE THEIR CHURCH MEMBERS.